Social Isolation & Addiction: What We Know About a Rat in a Cage

If you’re old enough to remember the Nancy Regan War on Drugs campaign, then you remember the research on addicted rats. If you’re young enough that the 1980s seems like the Dark Ages, here’s a brief explanation.

You take a rat. You put him in a cage. You give him self-administrative access to drug-laced water or food. And you watch. The rat quickly becomes addicted to the drug and stops doing the normal things rats do, things like eating and sleeping. The rat eventually dies due to either drug overdose or self-neglect.

These experiments soon lead to a steadfast understanding in addiction. Basically that once addicted, without intervention you don’t stop until you die. And for years, that’s what people believed.

But you know what? 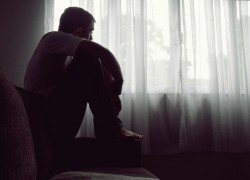 Being socially isolated can make you feel bad for yourself, which triggers substance abuse.

While the rat in a cage experiments do give an insight into addiction, the experiments are fundamentally flawed. Like humans, rats are social creatures. In the wild, they live in large family groups and interact with others constantly throughout the day.

Now here’s where things get interesting.

Take that same rat, the one who’s addicted. And put him in a cage with other rats. Make sure there’s plenty of room and lots of fun things that rats like to do.

And you know what happens?

The obsessive addiction goes away. The rat starts interacting with his peers. He starts eating. Sleeping. Drinking plain water. And goes on to live a happily ever after rat life.

So what’s this mean?

While all the implications aren’t known, it’s obvious that social isolation not only drives addiction, but keeps people addicted. When there’s nowhere else to turn when life gets bad, people turn towards drugs. If you’re addicted to drugs and looking for a way to get sober, call 800-481-6320Who Answers? today to find the immediate help that can save your life.

If you’re still skeptical, consider what happened during the Vietnam War. Heroin was ramped in Vietnam and American soldiers were not immune to it.

It’s estimated that nearly 20 percent of the soldiers stationed in Vietnam were addicted to heroin. Yet, once they returned home, there wasn’t a huge spike in heroin abuse in the states, nor was there a spike in the number of people admitted into drug and alcohol rehab. No. The majority of these men and women, some 95 percent, simply stopped using.

Now, yes, they probably went through withdrawal, and yes, it was uncomfortable, but the fact remains that these people, once returned to a healthy environment, got clean and stayed clean.

How to Provide Healthy Support to a Loved One in Recovery

What happens to an isolated rat in a cage shows how important it is to avoid social isolation, especially in recovery. Addiction is isolation. Fight it by putting yourself out there. Have people in your life that you talk to every day.

Go to family events. Go to meetings. Just don’t stay home by yourself, day after day. Because if you do, soon you’re going to start feeling bad for yourself. Then those feelings turn into self-pity and self-disgust. And that drives you to use.

Don’t be the rat in the cage. Seek the help you need and do what it takes to remain sober. If you’re ready to embrace a life of recovery, call 800-481-6320Who Answers? today to find the help you need.

The Importance of Long Term Rehab Centers for Men in Recovery

According to the National Institutes on Drug Abuse, men are far more likely than women to abuse drugs. This puts men at a drastically increased risk of dependence and addiction. However, there are a number of treatment options available to men seeking to get away from drugs or alcohol, and recover from the dangerous disease….

No one said overcoming addiction was easy. The reality of relapse is a part of recovering from drugs or alcohol addiction. According to the National Institute on Drug Abuse, the relapse rate for drugs and alcohol is about the same as it is for other diseases, including asthma and hypertension. This means that most recovering….

According to the Center for Substance Abuse Treatment,” Family therapy grew from a perceived need to bring to the therapy session respect and attention to each individual’s needs, interests, expressions, and worth.” These same interests can also be said about any other healthy relationship. In the throes of addiction, addicts often lose sight of the….

On Thursday, March 22, 2018, Attorney General Jeff Sessions met with a number of police chiefs and other department heads for Florida Highway Patrol and the Florida Department of Law Enforcement to discuss the opioid crisis in the state and the country at large. Sessions’ highly publicized meeting focused mostly on his call to support….

What to Ask Before Entering a Rehab Center

According to the National Institute on Drug Abuse, treatment centers are one of the most effective ways of recovering from drug abuse for many people. With so many different treatment facilities available, it is difficult to tell which one is best for you. Although most rehabs seem similar on the outside, it is important to….

Drug and alcohol addiction is a dangerous condition that can ultimately lead to death if left untreated. You wouldn’t wait to treat a deadly disease such as cancer but yet everyday thousands of drug addicts and alcoholics wait to treat their addiction because they think that life may get better on its own. Unfortunately, sometimes….

People who suffer from heroin addiction have an incredibly difficult time overcoming the physical and psychological dependence on the drug. It has been stated that no other drug is more physically dependent than an opiate such as heroin and for the addict, this means that getting help is not only difficult but can be painful….

Methamphetamine, more popularly known as meth or crystal meth, is a dangerous and all-encompassing drug. Smoked, snorted or injected, meth provides users with a long-lasting euphoric high. It does come with a cost, however. Meth is highly addictive, and is harmful to the physical and mental health of users. According to the National Institute on….

According to the National Institute on Drug Abuse, many children begin to use drugs as early as the age of 12. Most of these children try drugs once or twice and then leave them alone. Unfortunately, as teen experimentation continues to increase the need for teen centered rehab centers also increases. There are several types….