Symptoms of hyperactivity can appear in both children and adults. According to the National Center for Biotechnology Information, anywhere from 10 to 60 percent of children diagnosed with hyperactivity disorder develop into hyperactive adults.

While the core features of hyperactivity remain the same from childhood to adulthood, the intensity of symptoms tends to be more severe in childhood. As children grow into adults, symptom intensity typically decreases with age. Why one person develops hyperactivity disorder and another person doesn’t isn’t as of yet known, though certain risk factors do make some people more susceptible than others.

Treatments for hyperactivity involve psychotherapy and/or medication depending on the severity of symptoms. When left untreated, the likelihood of developing other psychological conditions on top of a hyperactivity disorder diagnosis increases considerably.

An estimated 4.1 percent of the American adult population suffers from hyperactivity disorder, according to the National Institute of Mental Health. Of this percentage, 41.3 percent of adults experience severe symptoms from the disorder. With children, prevalence rates for hyperactivity disorder tend to vary from year to year, with 11 percent of children aged four to 17 diagnosed with the condition in 2011, according to the Centers for Disease Control & Prevention. 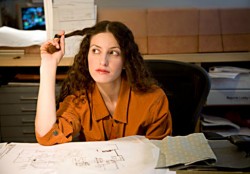 Individuals with hyperactivity disorder often struggle with emotional outbursts and impulsive behaviors, have self-esteem issues and other symptoms.

Both behavioral and emotional symptom expression originates in the brain’s neurotransmitter chemical functions. Abnormal levels of dopamine and serotonin – both essential brain neurotransmitters – account for the behaviors and symptoms that result from hyperactivity disorder.

As each person experiences hyperactivity disorder in different ways, these differences result from each individual’s brain chemistry make-up. For example, low levels of dopamine affect a person’s ability to control his or her impulses, while serotonin affects a person’s ability to attend to or concentrate on tasks. In effect, the more out of balance neurotransmitter levels fall, the more severe a person’s symptoms will be.

Signs of hyperactivity disorder tend to appear in every aspect of a child or adult’s life as opposed to in just one or two areas. With children, the high energy levels associated with hyperactivity are more pronounced. With adults, hyperactivity takes the form of disruption, whether it be on the job, in relationships or within social contexts.

According to the University of Maryland Medical Center, symptoms of hyperactivity in children include –

Symptoms of hyperactivity in adults include:

As hyperactivity tends to run in families, a person’s genetic make-up may be the cause. On average, someone affected by hyperactivity disorder typically has at least one close relative who has the same condition. Gender-wise, hyperactivity signs develop in males four to nine times more than in females.

During pregnancy, prenatal exposures to alcohol and/or tobacco can greatly increase the likelihood of a child developing hyperactivity disorder. Nutritional deficiencies during pregnancy also raise the likelihood of the disorder developing in a child. In the case of pre-term births, up to 20 percent of premature babies will develop hyperactivity disorder. Children exposed to toxins, such as lead or polychlorinated biphenyls (PCBs) can also develop hyperactivity symptoms.

When left untreated, hyperactivity disorder can disrupt a person’s lifestyle to the point where other psychological disorders start to develop. The overall chaos characteristic of a hyperactive lifestyle typically goes hand-in-hand with stressful circumstances on the job, in relationships as well as internal stressors brought on by the disorder itself.

Psychological disorders that typically co-exist with hyperactivity disorder include –

According to Montreal Children’s Hospital at McGill University, treatment approaches for hyperactivity disorder include medications, psycho-education and psychotherapy. Both stimulant and non-stimulant medications are used to help decrease hyperactivity symptom severity.

With psychosocial treatment approaches, psychoeducation enables hyperactivity suffers to identify symptoms within their daily routines, such as:

When combined with psychotherapy sessions, individuals can develop constructive coping behaviors, such as improved communication and/or listening skills, to use in place of the disorder’s symptoms.

Group and family therapy work provide settings where a person can confront any underlying issues that may be fueling hyperactive behaviors. Underlying issues may involve self-identity concerns, self-esteem issues or even past childhood traumas.

People dealing with severe hyperactivity symptoms often benefit from both medication and psychosocial treatment approaches, while others with less severe symptoms may only require one form of treatment.