ADHD, or Attention-Deficit Hyperactivity Disorder, is a mental health condition that affects children as well as adults. It is characterized by difficulties paying attention and focusing, controlling behavior, and hyperactivity. The disorder makes everyday functioning and routines difficult, and it can be very debilitating for some.

Rehab centers for ADHD provide counseling and medication, two important elements in the treatment of ADHD. Treatment for children and adults with attention-deficit hyperactivity disorder is similar, though some coping techniques and medications are only appropriate for children.

Types of ADHD and Associated Symptoms 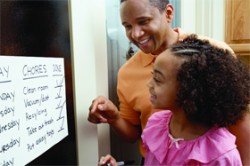 For children with ADHD, rehab centers can help them learn the skills necessary to focus, stay organized, and control their behavior.

The key symptoms of ADHD are inattention, hyperactivity, and impulsivity. While it is recognized that most children’s behavior can be described by these three things normally, children with ADHD display these behaviors to a severe degree and more often than other children. For ADHD to be officially diagnosed, the National Institute of Mental Health reports that the child must exhibit symptoms for six months or more and to a degree that is greater than other children.

The signs of ADHD usually appear early, often between the ages of 3 and 6. Symptoms vary a lot from person to person and can be hard to distinguish between normal behaviors, making the disorder difficult to diagnose.

Specific behaviors to look out for are listed below.

Symptoms of hyperactivity may be seen when children:

Children showing symptoms of impulsivity may:

The three ADHD types relate to the symptoms and behaviors above.

While ADHD does occur in adults, it is more common for individuals to be diagnosed with the disorder in childhood, and for that reason there are different – though similar – diagnostic procedures for childhood ADHD and adult ADHD.

There is no single test for ADHD, and it is necessary to consult a mental health professional if you think your child is displaying the signs of ADHD. The health professional will first try to see if other disorders are causing your child to act in this way. They will conduct an assessment based on the child, their behavior, and their environment. To do so it may be necessary to access school and medical records and to talk with parents, teachers, babysitters, and other people who know the child well.

For adults an official assessment by a mental health professional is necessary as well. A wider range of symptoms may be considered as ADHD symptoms for adults are less clear cut than those in children. According to the National Institutes of Health, for a diagnosis to be made an adult must have symptoms that started in childhood and continued throughout adulthood. A physical exam and various psychological tests will be conducted in addition to a review of the person’s behavioral history.

The exact cause of ADHD is unknown at this time, but the National Alliance on Mental Health and others report that it is very likely to be caused by a mix of genetic and environmental factors. It is a brain-based disorder for sure and is inherited through genes, but parenting styles are not thought to affect the disorder’s development.

The Centers for Disease Control and Prevention write that other possible causes that are being looked into are brain injury, environmental exposures such as lead, alcohol and tobacco use during pregnancy, premature delivery, and low birth weight.

The American Psychiatric Association reports that 5% of children have ADHD though the number may actually be higher. The prevalence of ADHD in children has been increasing throughout the years, though the actual numbers vary considerably by state. Boys are more likely than girls to be diagnosed with ADHD. In fact, 13.2% of American boys have the disorder while 5.6% of girls do, too.

Approximately 60% of the children with ADHD become adults with ADHD. According to the Anxiety and Depression Association of America this amounts to 4% of the adult population. Furthermore, it is unclear how many adults with ADHD have been properly diagnosed, but the same source estimates that the number is a mere 20%.

Though there is no ‘cure’ for ADHD it can be successfully managed with the proper treatments. According to the Centers for Disease Control and Prevention, ADHD is best treated with a combination of behavioral therapy and medication. These treatments focus on reducing the symptoms of attention-deficit hyperactivity disorder and improving functioning.

Medication is a valuable part of ADHD treatment, and can help individuals improve their daily functioning. There are different types of medications used, and each has different side effects.

Some common names of ADHD medications include Adderall, Ritalin, Focalin, Concerta, and Vyvanse. There are many medications for the disorder because what works for one child may not work for another. When finding the right treatment for a particular individual the doctor may try several different medications and doses.

It is of note that stimulants carry side effects that may affect you or your child. The most common side effects of stimulants are decreased appetite and sleep problems. These can both be effectively managed with certain schedules and routines in most cases.

Behavioral therapy is the most common and effective therapeutic technique for treating ADHD in children. The aim of this is to help a child change their behavior. This may be done in a few different ways. First a counselor may offer assistance, helping the child get organized, complete schoolwork, and work through complex emotional times.

They will also help the child learn to monitor his or her own behavior. Helping a child recognize times when they may deserve praise or reward for doing things like controlling their anger, limiting outbursts, and thinking before speaking or acting is important to helping them regulate their behavior. Some social skills may be taught, such as how to share, ask for help, and recognize the tone of voice and expression in others and how to respond appropriately.

What You Can Do to Help Your Child

Parents are an important part in managing ADHD in children. It is important that the parents understand what they can do to help their child, and that what they do will certainly be able to have an impact on and help their child. In some cases the entire family may need to be involved in therapy and/or to have their own sessions of so-called ‘parent education’ where they are taught these skills and others. In other cases, support groups are also encouraged for parents to share with other about their experiences.

Adult ADHD is treated very similarly to childhood ADHD, with medication, therapy, or a combination thereof. Not all of the medications that are approved for children are also OK for adults, however. Antidepressants are sometimes used to treat adults with ADHD, thought they are not specifically intended for the purpose. In addition, stimulants may react badly with other prescriptions that adults could be on, such as blood pressure, diabetes, or anxiety medications.

Psychotherapy for adults with ADHD also focuses on organizational skills and task management. Counselors, if appropriate to the situation, may help change an individual’s poor self image.