Alcohol rehabilitation is a serious issue. In this page we will investigate symptoms, causes, effects, and treatment options for alcoholism. If you or someone you know has a drinking problem, we urge you to seek out alcohol rehab centers in your area to find a rehabilitation center near you.

Clinics, programs, and treatment options are readily available in your area. Call 800-481-6320Who Answers? for help finding an alcohol rehab center near you.

Alcoholics who’s drinking has gotten out of control and who have issues with alcohol or are considered by themselves or others as alcoholics may need the services of an alcohol rehab center. These are environments who use a variety of methods to help the individuals struggling with the disease of alcoholism.

Alcoholism is considered to be a severe and chronic disease similar to drug addiction. It usually requires treatment in a facility that is designed to serve the alcoholic. An alcohol rehab center should be easy to find and work with for those addicts who need treatment for their disease. 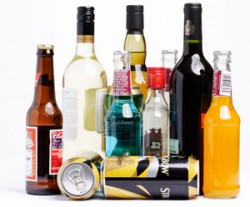 An alcohol rehab center is considered by many addicts to be their best chance for recovery. Some alcoholics find it necessary to “hit bottom” before their need for treatment is recognized. Most alcoholics have realized that alcohol is a problem in their life but have failed in their attempts to to quit drinking. The quit attempts may include trying various methods including “cold turkey” or gradual withdrawal from liquor. Some are obsessed with trying to hide their disease from others, and will go to great lengths to cover up their drinking or to minimize it and or rationalize it to others. These alcoholics may need the services of a alcohol rehab center that has alcohol rehabilitation services and are expert in treating the disease of alcoholism.

An alcohol rehab center center that is staffed with addiction specialists (some former alcoholics) and medical professionals that can help the alcoholic stop drinking, and interrupt the addictive process that led them to become dependent on alcohol as a coping mechanism. The first part of the addicts rehabilitation process usually involves an alcohol detox program. This is a medically supervised program which gets the alcoholic released from the dependency of the chemical and begins to work on the issues surrounding their alcoholism. Individuals who have become alcoholic usually need help in the detox process.

Medications that Help in Alcohol Rehab

The Role of Counseling in the Treatment of Alcohol Addiction

Later on in the treatment process alcoholics usually attend psycho education groups which teach the individual about the disease of alcoholism and focus on learning the triggers that cause an addict to be susceptible to the lure of alcohol. The groups will also educate the alcoholic as to alcohol’s effects on the body, and the toll that it can take. The groups that are available in rehab help to train the alcoholic’s mind and body away from alcohol, and help them learn methods they can use to cope with their issues. Alcohol rehab centers vary in their treatment approaches with individuals and their treatment for alcoholism. Alcoholics do benefit from rehab centers and take some of these skills back to the real world with them in the best of circumstances.

Alcoholism is a serious and insidious disease that affects thousands of American’s yearly. It is partly due to alcohol’s prevalence in our society. It is sold at many restaurants and is present at many social events as well. What can start out as binge drinking on the weekends can turn into a serious addiction to alcohol. Alcoholism is defined by individuals as a strong psychological craving for the drug, followed by dependence on and a strong physical need for the drug. It also is characterized by a loss of control. The alcoholic individual in question who is addicted may start out with the intention of having a drink or two of alcohol,, and before they can stop they may have consumed an entire bottle of the substance.

It is likely that most individuals have been affected by the disease of alcoholism, if not themselves then someone that they are close to. Alcoholism is one of the most prevalent diseases in America and alcoholics sometimes become the scourge of their families. It is a sad situation when there are alcohol rehab centers available to treat the addict and their families.

There is a subset of individuals who may not have developed full blown alcoholism, and do not have the physical symptoms of withdrawal, but who may experience negative consequences from their alcohol abuse. These would include situations such as those convicted of a DUI, or who experience a relationship break up and continue to drink anyway. Many of these early stage alcoholics are addicted to alcohol and may need the services of an alcohol rehabilitation center. Alcoholism is nothing to toy with,and the services of an inpatient or outpatient rehab center are often needed. Alcoholics greatly benefit from being treated by knowledgable professionals.

Effects of Alcohol Abuse and Alcoholism

Alcohol is a depressant and has many effects on the body. In mild form it causes increased reaction time for tasks such as driving a car, and recognizing dangerous situations. The risks of long term use of alcohol abuse include liver toxicity, increased cardiovascular risks and brain damage. Almost every organ in the body is affected by an overabundance of alcohol in the system, and long term risks are associated with continued use and alcohol abuse. It is dangerous in many respects to the body, and alcoholics should not minimize the medical risks of alcoholism. An alcoholic needs treatment plain and simple. Alcoholism is nothing to minimize or deny since the consequences can be serious and quite possibly fatal. Alcohol Rehab Centers help to give those suffering from the disease of alcoholism a renewed hope and way to look at the world.

In addition there are holistic methods that are available for the alcoholic in treatment. These are growing in popularity, and sometimes employ acupuncture as an adjunct to the treatment method for alcoholism. These holistic programs which have gained in popularity over the past several years for the treatment of alcoholism often employ meditation, herbals and other non conventional approaches to stem the alcoholics need for the drug. There is sometimes a spiritual component to recovery for alcoholics, hence the popularity of Alcoholics Anonymous and twelve step recovery programs.

As mentioned previously alcohol treatment facilities will start with placing an alcoholic into a detox program where their system will essentially be purged of alcohol. Once the alcohol is gone from the system and the alcoholic is over the worst of the withdrawal symptoms, real treatment can begin. This alcoholism treatment may involve several different components. This is depending on the treatment modality preferred by the particular alcohol rehab center. Once the alcoholic has attended the core components of the alcohol rehabilitation center’s programs, they may be introduced to a sober living facility for the treatment of alcoholism where they will live with other alcoholics who share similar struggles.

Alcoholics may find acceptance amongst others who are struggling with alcoholism and may be able to work with them to continue their fight against the disease. It is sometimes not a good situation to put an alcoholic back in the environment that caused alcohol to become a problem for them. The sober living situation can function as a halfway house. They will continue the recovery process for the alcoholic that was begun in treatment. Frequently the alcoholic individuals are working in the community and continuing to attend group meetings at night. Frequently however the groups are not as extensive or as intense as those that were found in the rehabilitation center. Alcoholics may also attend AA meetings for follow up.

Alcoholics who are newly recovered usually try to attend the equivalent of 90 meetings in 90 days. It is something to strive for in the recovery process and most alcoholics feel they need the support and spiritual guidance that the meetings provide for them. Many of the meetings are designed for various steps of the program. The alcoholics may take a particular step and work on it extensively. The sober living facilities vary in the length of time that addicts stay. An average stay of about six months is traditional for this type of facility. Sober Living facilities can be useful in the treatment of alcoholism and is a continuation of the process started in the alcohol rehab center.

Rehab centers also vary in the length of time that individuals stay in them. They can vary from 28 days up to about a year in duration. It really depends on the facility and what they offer, insurance considerations etc. Some people are also better candidates for treatment than others. Some alcoholics voluntarily enter alcohol rehab programs where others may need to go to rehab centers as an alternative to incarceration or other serious penalties such as loss of their driver’s license for alcohol related offenses such as DUI. Some alcoholics may be in denial of their illness and may require several stints in a rehab center before they will become completely alcohol free and able to resume their life as it was prior to the introduction of the substancel into their lives.

Many alcoholics will respond to treatment in an alcohol rehab center and will never need any additional treatment. Others suffering from the ravages of alcohol may need repeated treatments, as alcohol is a disease that is prone to relapse and tends to be resistant to treatment. One should not be ashamed to seek alcohol rehab treatment should it be warranted. These centers are available to alcoholics who are struggling with the disease and who need support while they are going through all of it’s manifestations. Getting help is what the alcohol rehab centers are there for.

Many individuals benefit from going to an alcohol rehabilitation center to get treatment for their disease and may be able to resume their lives free from the drug. Most alcoholics speak highly of their experiences in treatment and will learn the skills there to make their struggles with addiction much less in the future. There are many success stories coming out of alcohol rehab centers no matter what form this will take for the individual. Success means different things to different people. It is indeed a good thing that these alcohol rehab centers are available and may save the life of an individual or a family from destruction. Alcoholism need not be a life destroyer or disease from which there is no recovery.

Any person suffering from the disease of alcoholism should be able to find an alcohol rehab center that will meet their needs. Alcohol rehab centers have become a necessary part of the landscape and a way to treat resistant alcoholics. Alcoholism is a difficult disease to treat and rehab centers make managing the disease of alcoholism possible. They will hopefully make alcoholics more aware of their destructive behavior in the future and enable them to take steps to manage their disease.

Alcoholism is a chronic, progressive disease which can result in death. Alcoholism is though an imminently treatable disease and can be treated in an alcohol rehab center. An alcoholic individual need not fear treatment in a rehabilitation center. It may be a lifesaver. Alcoholics need to focus on managing their disease and can find coping strategies in an alcohol rehab center.