An Inspiring Glimpse into Recovery from Meth Addiction 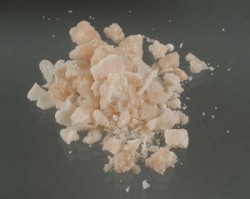 Get help with your meth addiction!

The mugshot of people who have used meth over the years and rapidly progressed from average looking people to near death are plastered all over the internet—the infographic is called the “Faces of Meth” and for good cause. Unfortunately, very few people have had the opportunity to actually hear the real life stories behind the photos and it’s an even rarer case for those faces to come public with a victorious recovery from methamphetamine addiction – but it is possible!

Faces of Meth is a project that was originally started by Deputy Bret King who decided to gather up mugshots of people who were booked into the Multnomah County Detention Center. He would later verify a history of methamphetamine use and use the photos to generate a look at these individuals as they progressed from casual methamphetamine users on through to full-blow addicts. Pictures really do say a thousand words and the many photos shared on the Faces of Meth website tell all.

What the photos don’t tell is that there actually are some people, a small percentage, who recover from meth addiction as a result of their interactions with law enforcement. Recently, Fox News of St. Louis released a rare glimpse into the lives of two recovering methamphetamine addicts who were previously arrested by Sgt. Jason Grellner. Their inspiring stories of recovery can be found here: 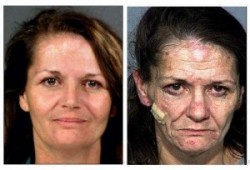 Unfortunately, as Sgt. Grellner noted in the interview, the number of methamphetamine addicted individuals who do recover following incarceration is often quite low. Grellner states that he can count the number of people who have been clean for more than two years on just a single hand—a sign that there’s simply not enough help available for those suffering from this terrible disease.

Many of the people who do recover from meth addiction do so as a result of receiving adequate treatment under the care and supervision of a counselor, doctor, therapist or other professional. In fact, most people are not able to up and quit using methamphetamines on their own and will require professional help in order to completely stop. Unfortunately, treating meth addiction often requires a quite different approach than what is used in everyday treatment settings.

Meth can take 6 weeks or more to completely wash out of the system which means that longer treatment programs are necessary in order to provide adequate time for complete detox and for counseling. Although many of the symptoms of meth addiction are in fact short-term, there is a laundry list of long-term consequences that can also come from prolonged use of this dangerous drug. Treatment must adhere to the additional time necessary to allow for detox while also taking into account the changes in sleep patterns, health and overall well-being that a recovering addiction will be subject to.

For help finding effective treatment for methamphetamine addiction, call 800-481-6320Who Answers? to speak with a rehab specialist today. We can help you find quality treatment for meth addiction so that you can create your own story of recovery!

Why Opiate Rehab is So Important

Opiate medications have swept the nation and taken many members of local communities down into the dumps of addiction. Many of those who become addicted to opiates such as prescription drugs or heroin structure their entire lives around the drugs and no longer have stability outside of their drug use. Most cut off ties with….

Developing a Relationship with a Spouse While in Drug Rehab

Although most people enter drug rehab to work on their drug addiction, it is important to recognize that your relationships are damaged by the drug addiction as well. According to the National Institute on Drug Abuse, drug abuse is extremely damaging to all relationships, particularly to those that are closest to you. Some of what….

A quality treatment facility will be best equipped to deal with the transition from treatment to recovery. But, that doesn’t mean that recovery tips only come from rehab centers, counselors, and addicts. They can actually be found in a number of unlikely places. Animal Kingdom: Accept That Addiction Is Part of Your Make-Up The New….

Illicit drugs like crystal meth, cocaine, and heroin are not the only substances to which a person can become addicted. According to the NIDA, “Some medications have psychoactive (mind-altering) properties and, because of that, are sometimes abused––that is, taken for reasons or in ways or amounts not intended by a doctor, or taken by someone….

What Happens in Xanax Rehab?

Addiction to Xanax is possible, and those who become unable to control their use of the drug should attend Xanax rehab. In a rehab treatment facility, you will be given medication and attend behavioral therapy in order to recover from your Xanax addiction. What Happens on Your First Day of Rehab? First, after you choose….

When you hear the phrase “free long term drug rehab” what comes to mind? Anybody with an addiction wants to overcome their problem as soon as possible. At the same time, these people realize the importance of getting the right help, now and in the future, to ensure a better life. There is a lot….

The Dangers of Ignoring Domestic Violence in Your Home

Within an intimate or family-based relationship, patterns of abuse in any form can spell trouble down the road for the person being abused. Patterns of abuse can escalate without warning, turning violent and even deadly. According to the National Institute of Justice, one out of every five women injured or killed by a significant other….