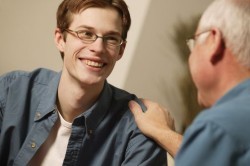 Rehab can help you overcome your marijuana addiction and get your life back on track.

Besides alcohol, marijuana exists as the most commonly abused drug among all age groups. According to the National Institute on Drug Abuse, over 29 million people reported using marijuana as of 2009. While legal restrictions surrounding marijuana use may be loosening, this drug does still carry addictive properties.

Anyone considering entering marijuana rehab has likely experienced the addictive effects of the drug. Nonstop drug cravings and loss of interest in otherwise important activities all point to the negative effects marijuana can have in a person’s life.

Marijuana rehab works with addicts where they’re at, whether it be long-time users or those at the early stages of use. Marijuana rehab helps a person work through the issues that drive ongoing drug use, while also providing treatment for any co-existing conditions or problems he or she may have.

The Need for Marijuana Rehab

People wanting to stop long-term marijuana use often run into a wall of withdrawal symptoms that quickly drives them back to the drug. According to the U. S. National Library of Medicine, on average, people admitted to marijuana rehab have been using for 10 years or more and have made multiple failed attempts at trying to stop using.

Withdrawal symptoms only develop in cases where a person has become physically dependent on the drug. Breaking this dependency is a necessary first step towards living a drug-free life. Without marijuana rehab, long-term marijuana users face an uphill battle when trying to get off the drug.

Compared to stronger, more aggressive drug addictions, a marijuana addiction may seem less serious. Drugs like cocaine and heroin attack brain and body functions, whereas marijuana more so affects the mind and the way a person thinks.

For these reasons, much of what a person will encounter in marijuana rehab will center around talk therapy treatment. Talk therapies take the form of:

In the case of marijuana addiction, rehab treatment addresses any pre-existing or co-existing disorders a person may have. Under these conditions, treating a co-existing condition becomes just as important as treating the addiction.

More oftentimes than not, recovering from a long-term marijuana addiction requires a person to remain engaged in the recovery process long after completing a marijuana rehab program. While in rehab, recovering addicts participate in 12-Step support group work on a consistent basis.

After completing rehab, ongoing 12-Step group attendance allows a person to remain engaged in the recovery process for the long-term. Through support group work, recovering addicts become part of a support network that offers guidance and encouragement along the way.

What is Chronic Alcohol Abuse?

Millions of people who drink alcohol never fall victim to the perils of alcohol addiction but those who do know firsthand the consequences and the dangers that come from this potentially fatal disease. Chronic alcohol abuse is often the first sign of alcohol addiction and, if left untreated, will often progress to a stage of physical….

Benefits of Family in Recovery

Families are often the hardest hit individuals in an addict’s throws of addiction. According to the Institute of Medicine (US),”Drug abuse leads to reallocation of economic support away from the family; lack of participation in family activities, including care-giving; lack of emotional commitment and support for parents and children; and the inability to provide a….

If you’re considering drug rehab for yourself or a loved one, it’s important to consider which type of drug rehab is going to be most beneficial. There are many advantages to long term drug rehab versus a short, program. Most rehab centers provide a range of programs that can differ in length based largely in….

Signs Local Drug Rehab is Not For You

With many drug rehab facilities located throughout the United States, choosing which one to visit is not always as simple as it sounds. This is a big decision, as you want to get the right type of help for your problem. Many people opt for local drug rehab, while others consider facilities in a far….

You May Need Alcohol Rehab If…

You’re a drinker. Maybe you always have been. But it’s not a problem. Or is it? According to the Substance Abuse and Mental Health Services Administration (SAMHSA), drinking is excessive for men who drink four to five drinks at one occasion and women who drink two to three and that for over 17 million Americans,….

Various studies have been completed to determine how continuing care affects that chances of an addict maintaining recovery after drug rehab. In fact, studies show that those who complete continued care after the are discharged from a drug rehab center are more likely to maintain their sobriety and less likely to relapse, especially during the….

What to Do When You Relapse

When you relapse, it feels devastating. You feel like a failure, like you’ve let everybody down. Your parents. Your children. Your friends. Family. Coworkers. AA members. You’ve always known you’re a failure and now you’ve proved it to everyone. STOP. That’s your addiction talking. Trying to woe you back into its grasp. You relapsed. So….

How Local Detox Centers Can Get You On the Right Path

Detox is often the first part of a long-term, effective treatment program for individuals who become addicted to drugs. While it isn’t always necessary (and it certainly isn’t the only component to addiction treatment by far), detox is used at the beginning of many rehab programs for a reason. In addition, patients who attend detox….