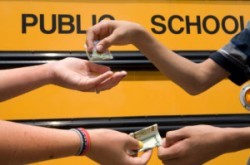 In the past 10 years, teen drug abuse has seen significant increased and some minor decreases along the way. Unfortunately, the number of teens who are now using dangerous drugs is seeing an all-time high that has not been reached in the prior 20 years. Teens today aren’t just experimenting with pot or alcohol, today’s teen drug abuse trends sink into deeper, darker drug abuse scenarios that include dangers bouts with crystal meth, heroin, inhalants, cocaine and prescription drugs.

Since 1991, the number of teens from grades 9-12 who smoke pot has seen some increases but during the past 3-5 years the number have slowly began to see a drop. The drop of course is not nearly as significant as the increase was and this leaves a whopping 40% of teens having used marijuana at least once in their lifetime, 8% having tried the drug before they were actually even a teen, and 23% having smoked pot more than once.

Today, the number of teens that are dipping into dangerous substance abuse scenarios is also greater than it once was. Though the worst drug abuse seems to have taken place in the mid-1990s, today’s teens are still abusing inhalants, cocaine, heroin and methamphetamines. In fact, heroin, methamphetamines and prescription drugs were not widely abused by teens during the early 1990s so there is little evidence to provide details on such abuse back then.

However, there is significant evidence for today that shows:

While these numbers are definitely much lower than those associated with teens smoking pot, the dangers and risk factors of just mild to moderate use of these drugs are much, much higher. Teens that use heroin are subjected to the potential of STDs, HIV & Aids. They are also at a significant risk of overdose or potentially fatal consequences.

What Can we Do to Help?

So what can we do, as parents, as educators, as professionals and as friends to stop teens from taking part in this dangerous and potentially deadly behavior? Studies show that education is one of the most significant factors that contributes to whether or not an individual abuses substances and this is especially true for teens. Those who are well informed of the dangers, the risks and the hazards associated with using certain drugs are less likely to abuse these drugs.

Unfortunately, education isn’t everything! Millions of teens have gone through educational programs in school, learned from things like DARE and other drug abuse awareness programs that drugs are bad and yet still alarmingly high percentages of teens are using potentially fatal combinations of drugs each day after school or even, in some cases, during school. There must be something more to keep teens away from drugs…

Some of the potential ways to protect teens from drug abuse include:

What do you do if you find out your teen is using drugs? The first step is to confront the teen but this won’t always do much to help. If the drug abuse has just recently started, there’s a good chance that confrontation and education can work but, when it doesn’t there’s always rehab for teens. Programs that specialize in adolescent treatment and rehabilitation for teens is often the ideal choice, especially if your teen has slipped into the dangers of using prescription drugs, heroin or methamphetamine.

There’s no time to wait for things to “clear up” or “get better” if your teen is abusing dangerous drugs. That next phone call could be the last if you don’t act on your instincts and seek help for your child. Rehab for teens provides a safe, controlled environment for teens to get social and peer support from others as well as to receive counselling and therapy about outside pressures. Many parents can’t even relate to what their teens are feeling and going through these days. In fact, many just don’t even know what today’s teen environment is like.

Teens today are flooded with social media, technology, bullying, and pressure to excel in school, divorced families, economic issues, financial burdens and a wealth of other problems that are very complex. Teen rehab centers that provide treatment for teens are able to accommodate these kids in a way that allows them to open up, feel free and relieve the stress that they are feeling. Sometimes, getting professional help is the best chance at making a full recovery and not allowing substance abuse to take over a teen’s entire life.

We can help you find teen drug rehab that will provide quality, effective treatment to get your child back on the right track. For questions, referrals or just to talk with a counselor about your teen’s drug abuse, call 800-481-6320Who Answers?. Our helpline is available 24/7 to help you.

Many people face the challenges of working a 9-5 job that is both stressing and overwhelming. Unfortunately, many business executives find that the high level of responsibility and the extreme stress that comes with working in an executive position result in an increased risk of drug abuse which ultimately must be treated. Luckily, Seasons Recovery….

We’ve always heard the phrase, “addiction isn’t prejudice, it affects the young the old, the rich the poor, black and white – it doesn’t matter.” However, in the recent years studies have shown that individuals who are over the age of 50 are increasingly finding themselves addicted to drugs or alcohol and in need of help. In….

Does It Help to Have Visitors During Rehab?

The involvement of loved ones in addiction treatment is one of the best possible factors when it comes to a person’s recovery. “Involvement of a family member or significant other in an individual’s treatment program can strengthen and extend treatment benefits,” keep the individual in the program longer, and provide them with the kind of….

Warning Signs of Suicide & When to Get Treatment Help

If ever there was a “silent” epidemic, suicide rates across the U. S. would most definitely qualify as no one wants to talk about this condition. According to the Centers for Disease Control & Prevention, suicide ranked as the 10th leading cause of death in 2013, which totaled out at 41,149 cases. This number amounts….

According to Harvard Medical School, body dysmorphic disorder “is no small problem.” It is is a debilitating mental disorder that causes both men and women equally to become preoccupied with “defects” they feel they see in their bodies, faces, and muscular structures, often to the point of causing delusions. While it is “difficult to treat,”….

Alcohol is an easily attainable, legal drug which makes many people believe it is safe and even harmless. But alcohol is often abused in excessive amounts by people who do not realize that they have a problem. This can lead to many issues like family and social problems, illegal actions and lawsuits, and serious health….