Addiction & HIV: Are You at Risk?

Unless you’ve been in a cave since the mid-1980’s, you know that drug use, particularly IV drug use, is correlated with HIV and AIDS. But over the last decade, the immune-deficiency disease hasn’t got the limelight it once did and people may not understand the risks associated with drug use and HIV.

A virus that attacks the body’s immune system, HIV is transmitted through contact with an infected individual’s blood or body fluids. It destroys T-helper cells, a specific kind of white blood cell, and mimics itself inside the cell, spreading quickly.

When talking about addiction and HIV, most people automatically assume you’re talking about sharing needles, but that’s not the only way addiction increases your risk to contract the virus. Addicts are more likely to engage in risky behaviors, especially when intoxicated, than others. These risky behaviors include unprotected sex, promiscuity, and prostitution, all which put those addicted to drugs and alcohol at a much higher risk rate than the average person. 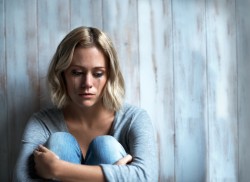 Sharing needles is one of the main ways HIV is spread in the United States.

Although many don’t like to admit it, when you’re an IV drug user, eventually, no matter how hard you try not to, you’ll find yourself in a situation when you share a needle with someone else. Typically, there’s always a justification: it’s my boyfriend, I know she’s not infected, she’s my best friend, he’d tell me if he hadn’t been tested. But the fact remains, sharing a needle with anyone is dangerous.

According to the Center for Disease Control, it’s estimated that nearly 1.2 million Americans are infected with HIV, and over one in ten doesn’t know they’re infected. That’s over 156,000 people. That’s a lot. And that’s why HIV continues to spread.

What Happened in Indiana

In the summer of 2015, Indiana experienced the worst HIV outbreak in years, all related to heroin and IV drug use. As of February 2016, 188 cases have been diagnosed, a few more being added almost every month since the breakout began. This event has awakened some to the devastating effects heroin is having on our country, and has demonstrated to users the importance of not sharing needles. Even though so many people were infected, the progression has slowed immensely and policies are being put into place for harm reduction. The use of Pre-exposure prophylaxis (PrEP), a combination of two HIV medications, has been used to prevent infection in those who are most at risk. The drug combination reduces the risk of HIV by 90 percent through unprotected sex and 70 percent through IV drug use.

HIV and AIDS were once considered a fatal disease and diagnosis was a death sentence, but that’s not the case anymore. Treated with heavy anti-virals, HIV can’t be cured, but it can be managed. Unless you’re abusing drugs or alcohol. Drug use impacts the way your body accepts the treatment and doesn’t allow it get as many benefits.

Is Drug Use Putting You at Risk?

Are you concerned that your drug use is putting you at risk for HIV or AIDS? Are you ready to make a change and embrace a life in recovery? Call 800-481-6320Who Answers? for help today.

Many people enter the drug rehab treatment unprepared for the roller coaster ride that is addiction recovery. In actuality, addiction’s hold on the mind has long-term effects that make relapse an ongoing risk for months and even years into the recovery process. Relapse triggers exist within the day-to-day events and activities that make up a….

The National Highway Traffic Safetey Administration (NHTSA) has designated December to be National Impaired Driving Prevention Month, which is an effort to combat drunk and drugged driving to help reduce accidents and associated fatalities. According to a release from the White House Office on National Drug Control Policy (ONDCP) Director Gil Kerlikowske, 1 out of….

Alcohol rehab can be the key ingredient to alcohol addiction recovery and in a person remaining sober. How alcohol rehab impacts a person will depend on the person’s mentality about rehab and their strength in overcoming their withdrawal symptoms. Why People Need Alcohol Rehab According to the National Institute on Drug Abuse, drug addiction is….

What Happens in Drug Rehab Centers?

There are more than 14,500 specialized drug treatment facilities in the United States. These facilities provide counseling, behavioral therapy, medication, case management, and other types of services to persons with substance use disorders to help assist in their recovery from addiction, according to NIDA. Drug abuse and addiction are treated in physicians’ offices and mental….

Marijuana is a plant that people smoke or eat in order to sustain the hallucinogenic effects that alter the sense of time, sound, touch and sight. Most people who use marijuana believe that it is not a dangerous drug nor that it has any type of addicting qualities but this is untrue. Marijuana use results….

According to the National Institute on Drug Abuse, the therapeutic community is the “best-known residential treatment model,” although many individuals do not actually realize what it entails or know how long treatment even lasts. Treatment Lengths for the Therapeutic Community Model “Planned lengths of stay [for therapeutic community patients last] between 6 and 12 months.”….

Do you have a drinking problem? Are you ready to put this behind you once and for all? If so, checking into an alcohol treatment center may be the best decision you ever make. By doing so, you will get the help you need without any further delay. While some people understand the basics of….

Not to be confused with addiction to technology, more and more treatment centers are beginning to use technology in their diagnostic and treatment regiments. According to the National Institute on Drug Abuse, technology sharing has a profound impact on addiction research and furthering knowledge. Not only is technology allowing public and private sector research teams,….

Who Needs Rehab for Depression?

The most important thing to remember is that depression is not something that should be suffered alone. According to The National Institute of Mental Health, “depression is a treatable illness.” Though many suffer in silence just because they believe they are just “sad” or will “get over it,” depression effects “about 6.7% of US adults….