More people are seeking treatment for heroin addiction than ever before. According to the United Nations Office on Drugs and Crime,” An emerging phenomenon among opioid-dependent drug users in the United States of America is that synthetic opioids are being replaced with heroin, driven by the increased availability of heroin in parts of the United States, and lesser costs to regular users to maintain their dependency.” There are many indications that the rates of heroin addictions range in the millions and continue to rise as thousands are introduced to the drug each day increasing the need for rehab centers. 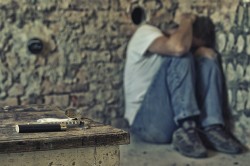 Efforts to restrict prescription opioid access has fueled the rising heroin addiction rates as it becomes much easier for an addict to rationalize using heroin when withdrawals or “dope-sickness” rears its ugly head despite the well-known stigmas attached to heroin and heroin abusers. In 2013, the global estimates of past year opioid use including heroin and opioid prescription painkillers was .7 per cent while America averaged the highest rates at around 4.3 per cent, according to a report from the United Nations Office on Drugs and Crime.

In the epidemic resurgence of heroin addictions across the United States today, the drug is significantly more potent than it was even just a few years ago and it only takes one experience to begin treading the addiction path for some people. Repeat exposures of heroin leads to tolerance and the need to consume higher amounts or consume it more often to stave off withdrawals that are extremely uncomfortable and painful with cravings and anxiety that lead to desperate attempts to get more of the drug.

When the price of a bag of heroin costs around $10 on the street and opioid pills cost upwards of $30, more opioid abusers are turning to heroin as a cheaper and more potent high to maintain their opioid dependency. According to the National Institute on Drug Abuse, “In 2011, 4.2 million Americans aged 12 or older (or 1.6 percent) had used heroin at least once in their lives. It is estimated that about 23 percent of individuals who use heroin become dependent on it.”

One of the reasons heroin is so addictive is because it is usually consumed via snorting or injecting which delivers the chemicals to the brain rapidly where it passes through cellular barriers easily and unchanged to produce its intensely rewarding effects. A sad thing about a heroin addict is that they frequently come to the point of desperation and may begin to inject the drug for the fastest “fix” (an adequate term for the need to correct their negative conditions when the prior dose wears off.)

Although addiction is often viewed as a morality and self-control problem, once heroin addiction hits close to home in our families, loved ones, and neighbors there is always that hope that a resolution can be found. Communicable diseases and infections dominate heroin abuser populations where the sharing of needles and spoons increases the risks of spreading HIV, AIDs, and Hepatitis. Overdose, death, dysfunctional families and relationship damages, destitution, physical and psychological health disorders, homelessness, unemployment, incarceration, high rates of relapse, and overall loss of hope in any recovery leaves many heroin addicts in the depths of despair for the rest of their life.

Heroin-related overdose deaths nearly doubled between 2011and 2013, according to the CDC. The heroin itself has a half-life of only a few minutes after which it is changed to morphine through metabolism mechanisms that continues to depress the central nervous system for hours causing sedation or calmness and dangerously slowing down heart rate, blood pressure, and respiration.

Unpredictability in potency dosages, variant mixtures, and biological differences in abusers is what makes every dose of heroin potentially fatal and a primary reason why it is classified as a Schedule I substance and is a completely illegal drug in the U.S. under the Controlled Substances Act.

Increasing the Need for Rehab

There is a broad misperception that heroin addiction treatment doesn’t work despite the reduction in harm that it brings. According to the National Research Council and Institute of Medicine, “It seems closely related to the belief that addiction is a moral problem for which reductions in severity, even if accompanied by improvements in quality of life, reduced chances for HIV infection, increased employment, less crime, and lower death rates, do not count because the immoral behavior has merely improved but not completely stopped.”

Most heroin addicts cannot remember the last time they used heroin just to get “high” as it becomes a vicious cycle of trying to stay “well”. A better way to look at the situation is that many of these individuals would be able to make positive and healthy lifestyle changes if they had the access to rehab and resources where they could find the education, support, counseling, and psychosocial services to improve their lives, the lives of their families, and their ability to be a productive member of society. Regardless of how far along the addict is in their addiction, rehab centers have come a long way in effective treatment practices and recovery motivations.