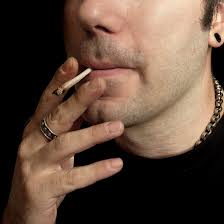 Marijuana addiction can lead to other problems!

Marijuana is a plant that people smoke or eat in order to sustain the hallucinogenic effects that alter the sense of time, sound, touch and sight. Most people who use marijuana believe that it is not a dangerous drug nor that it has any type of addicting qualities but this is untrue. Marijuana use results in various short term and long term psychological and physical impairments including upper respiratory conditions, anxiety and even schizophrenia.

A Look at Marijuana Addiction

Although marijuana is not as physically addicting as some drugs such as heroin it does still have it’s negative consequences. Marijuana addiction may cause various psychological problems for the addict such as anxiety or schizophrenia. People who smoke marijuana also often show signs of paranoia when they are high or even sometimes as a result of not smoking marijuana.

If any of the following statements apply to you then you should seek treatment for marijuana addiction:

Cognitive behavioral therapy is also used to treat marijuana addiction. This type of therapy seeks to remove the behaviors that result in the use of drug and to change the way of thinking that cause the addict to believe that using marijuana is alright or acceptable. Drug rehab centers understand that many people who use marijuana do so as a result of trying to self medicate to treat other problems such as anxiety or depression. These underlying conditions will also be treated in conjunction with the treatment for marijuana addiction.

The traditional twelve-step program of Alcoholics Anonymous outlines a course of action that is set for the recovery from addiction or compulsions as well as other behavioral problems. This 12-step type treatment was originally designed as a means of recovering from alcoholism but is now synonymously used for the treatment of all types of addiction…..

You’ve been in drug rehab before, you’ve tried to do what it takes to heal and overcome addiction and yet you have relapsed once, twice or even many times—but why? Why is it that the drug rehab that you have tried in the past hasn’t worked and what is it going to take to get….

During difficult economic times people often find themselves trying to find an effective drug or alcohol treatment center but simply cannot afford it. If you or a loved one has an alcohol or drug problem and wish to receive help there are several options that cost little or nothing at all. Many private residential facilities….

Some People Excel at Recovery from Addiction and Some Don’t—Which One Are You?

How Long Should I Stay at Rehab?

Even though most people seeking drug and alcohol treatment are lucky to get 28 days, that’s not the ideal length of stay regardless of the severity of your addiction or your drug of choice. Short-term rehab is more often than not, completely insufficient for true drug and alcohol recovery. Because of the intensity of drug….

Factors to Consider When Choosing a Rehab Center

What’s the biggest challenge you will face in recovery? If you said anything besides “YOU” then you are wrong! That’s right, your worst enemy in recovery, the one that is likely sabotaging your rehabilitation and making things worse is YOU. It’s not your friends, it’s not a poor home life or a dysfunctional family that….

Free inpatient drug rehab centers do exist. As they are necessary to many people who do not have the money to enter expensive rehab centers, free inpatient centers are an important resource for recovery. Why Choose Inpatient Drug Rehab? Inpatient drug rehab is often essential for many patients’ recoveries. While outpatient centers provide most of the same….

We don’t always realize that there’s a problem with alcohol until it’s too late – unfortunately this is the point in which alcohol abuse transitions into alcoholism. Alcohol consumption is somewhat the norm in the United States and amongst many other countries in social situations, gatherings and even at major events. For some, alcohol consumption….