5 Things to Look for in Rehab Centers for Teens 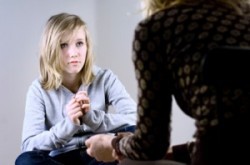 It is important to find a rehab center that has experience working with teenagers.

Teenage drug abuse and addiction is very high in the United States, and addiction is a lifelong brain disease that a person will struggle with. Many teens do not understand the negative consequences that follow drug use, and they think that they will not become addicted, but drugs such as opiates, and stimulants are highly addictive, and a teenager can be become dependent and addicted to these drugs before they even realize it.

According to the National Institute on Drug Abuse, approximately 2,000 teenagers use prescription drugs illegally for the first time every day in America. According to the 2012 Monitoring the Future survey, prescription drugs and over-the-counter drugs are the most commonly abused drugs by high school seniors, after alcohol, marijuana, and tobacco.

If a teenager becomes addicted to a drug they will most likely require the need of treatment to help them stop using the drug and to regain control of their life. However, finding the right treatment is important and it make take some time and research in order for a parent to find the right rehab program for their teenager.

Five Things to Look for in Rehab Centers for Teens

The first thing a parent should make sure to consider when choosing a rehab is that the rehab has experience dealing with the drug that the teenager is addicted to. Different drugs may require different treatment, so finding a rehab that focuses primarily on the drug addiction that the teenager has is important.

The second thing a parent should consider is the credibility of the rehab. A parent should do their research and figure out how credible and successful the rehab is. There is no point in paying money for a rehab that does not have successful reviews.

The fourth factor a parent should consider is the rehab’s ability to alter treatment to their teenager’s needs. According to the National Institute on Drug Abuse, one question that a parent should ask when looking for treatment for their child is, Does the treatment program adapt their treatment as the patient’s needs change? A teenager receiving treatment may need their treatment services to vary during their time in a program.

The fifth factor that needs to be considered is the likes and dislikes of the teenager. Many rehabs have rules and regulations, and it is important for teenager to go to a rehab where they can participate in the activities and be themselves in, because opening up and being truthful will help a teenager recover quicker.

Tips for Making Friends at Your Rehab Center

A study on the role of social supports in recovery from Alcohol Treatment Quarterly states “general friendship is important for overall well-being” but can be especially necessary and beneficial to those in recovery. It is very helpful for recovering individuals to be visited by their friends, family, significant others, etc. at their treatment facility, but….

The National Highway Traffic Safetey Administration (NHTSA) has designated December to be National Impaired Driving Prevention Month, which is an effort to combat drunk and drugged driving to help reduce accidents and associated fatalities. According to a release from the White House Office on National Drug Control Policy (ONDCP) Director Gil Kerlikowske, 1 out of….

There is mixed evidence as to whether drug addiction is actually predisposed by the genes or not but one thing that is known for sure is that addictive behavior is predisposed. What this means is that although actually being addicted to drugs may not be genetic there are genetic factors that play a role in….

Is Residential Addiction Treatment Right for You?

Drug or alcohol addiction can literally ruin your life and leave you with nowhere else to turn. You feel helpless and hopeless, alone and defeated—but there’s always help! Determining whether residential addiction treatment is the right choice for your recovery needs can be challenging but with proper education and guidance you can make the decision….

How to Convince a Pregnant Woman to Seek Residential Treatment

It is incredibly hard to convince a pregnant woman to do anything, especially when it comes to her cravings but when she is suffering from a drug addiction, it is vital to convince her to seek the treatment she needs to save not only herself but also her baby. Not only is it difficult to….

According to the National Institute on Drug Abuse, rehab centers are one of the more effective forms of drug addiction treatment. Unfortunately, there are a number of myths that movies, television, and popular media have perpetrated against rehab centers. People tend to believe these myths and many of them hurt the reputation of rehab centers….

Certainly, addiction crosses all barriers: gender, sexual orientation, socioeconomic status, age group, etc. And, all of these people also face the risk of a dual diagnosis, a situation in which a person receives more than one diagnosis for concurrent conditions, like addiction and depression for example. But, a recent study indicates non-heterosexual women who have….