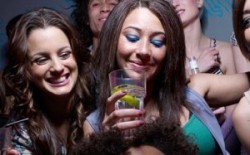 Teenage alcoholism is a growing problem!

Alcoholism among both teens and adults comes with many short term and long term health effects or consequences. In fact, the health effects of teenage alcoholism can be detrimental and even life threatening, even more so than for an adult. This is because the human brain is not fully developed until a human reaches the age 30 and therefore drinking as a teenager or even a young adult can cause lasting damage to the brain.

During adolescence, the teen is going through a number of physical and emotional changes. It’s a transitional time in which hormonal changes and alterations in brain development run high. For this reason, it’s vital the teens do not drink alcohol. Unfortunately, what is good and right doesn’t always happen and many teens drink for a number of reasons.

There are a number of documented reasons why teens abuse alcohol. Many teens feel peer pressure and the need to fit in with their peers so they drink socially. It’s a matter of going along with the majority or the crowd. For this, it’s important for parents to help teens understand the importance of not drinking and to recognize the signs of peer pressure as well as how to overcome it.

Additionally, teens may drink to “withdraw” themselves from personal situations or problems. Stress related alcoholism in teens is very common especially in today’s society where many parents have suffered job loss, divorce and other difficulties that impact the lives of teenagers. If significant changes have been made at home that could induce stress it’s important for parents to discuss such problems and changes with their teens and again address the importance of talking about their problems and not drinking to cover problems up.

Teens and Alcoholism, Effects on Memory

A recent study found that teens who drink regularly are more likely to suffer short term memory loss similar to that of teens who smoke marijuana. Alcoholism in teens causes short term memory loss which results in the teen being unable to remember words or even simple shapes after 10 minutes. For instance, a teen may be shown a series of shapes and then 10 minutes later be asked to repeat the pattern of the shapes. For a teen who drinks regularly, they will not be able to properly repeat the pattern.

Similar studies related to the memory problems that accompany teenage alcoholism have also been conducted. In all studies, memory problems were significantly higher for teens who abuse alcohol versus those who did not drink. Additionally, many teens who drink regularly suffer increased symptoms of withdrawal as a result of the alcoholism. Children who start drinking before the age of 15 are more likely to become dependent on alcohol later in life when compared to those who did not start drinking until they were at least 20 years old.

Factors that Increase the Likelihood of Teenage Alcoholism

Socializing and Making Friends in Treatment

As you progress through treatment, it’s common to feel as if you need some social element as a part of your recovery. Safe socialization and making friends in recovery is a huge part of healing. It’s common to feel a little uneasy, scared or otherwise out of place at first but as time goes on….

Who Needs a Controlled Environment for Addiction Treatment?

Many different types of rehab centers exist: some provide a more lax environment from which patients are able to come and go every day while others provide a more restrictive environment where patients stay at the facility and are very scheduled throughout the day. As such, it is sometimes difficult to know which individuals need….

How To Stay Sober During Holiday Celebrations

Defined by the NIDA, addiction is a chronic compulsive condition that is highly prone to relapse. It can be difficult for a recovering addict to stay sober during the holiday season, where most celebrations include alcohol and other indulgences that can trigger a relapse. If you or a loved one has relapsed and has an….

The Dangers of Depression and the Need for Treatment

Feeling sad or blue every now and then can be expected considering the fast-paced lifestyle of today. When these feelings become more so the norm than the exception, some form of psychological disorder may be at work. Compared to other conditions, depression ranks as the most prevalent mental health problem in the United States. According….

Learning to Be Honest in Recovery

As stated by the National Library of Medicine, “Lying and stealing” are some of the most damaging behaviors a person can participate in when they become addicted to drugs, and unfortunately, these are some of the clearest signs of a serious addiction. For these reasons, learning to be honest is one of the most important….

Things to Think About When Choosing Drug and Alcohol Rehab

When you are trying to decide on a drug or alcohol rehab program, there are many things to consider. Choosing a rehab facility and the program that goes along with it is a major step in your overall recovery; the wrong rehab center may wind up being less than helpful to you and causing you….

How Long Should I Stay at Rehab?

Even though most people seeking drug and alcohol treatment are lucky to get 28 days, that’s not the ideal length of stay regardless of the severity of your addiction or your drug of choice. Short-term rehab is more often than not, completely insufficient for true drug and alcohol recovery. Because of the intensity of drug….

Long after you have finished getting treatment for a drug addiction there’s a chance that you will still be paying the bill. The cost of addiction runs far deeper than just the cost of going into treatment. There are other bills that accrue such as the need to pay back the people you love, the need….