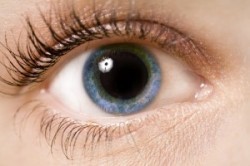 Drug addiction can cause physical symptoms and signs.

Drug abuse and drug addiction are actually not the same thing but one does lead to the other. Drug abuse is described as the use of drugs without those drugs severely interfering with or controlling life activities. There are physical signs and symptoms associated with drug abuse, though not typically as severe as those associated with drug addiction they still result in problems for the user.

Drug abuse leads to the user neglecting certain (or most) responsibilities at work, at school or at home. For instance, a student abused drugs may skip class or may fail, a parent who abuses drugs may neglect their children, and a worker who abuses drugs may miss work, call in sick when they really aren’t or perform poorly at work.

When drugs are used under dangerous conditions such as while driving or if certain risks are taken when drugs are used you are also in danger. For instance, abusing heroin and using dirty needles or sharing needles places the drug abuser at risk of contracting AIDs, hepatitis, and many other diseases or infections.

Drug abuse often leads to arrest for various troubles such as disorderly conduct or DUI. Long term use of drugs that results in multiple arrests is likely more than just a drug abuse problem. If you continue to use drugs despite knowing that you have gotten in trouble because of the drugs on more than one occasion then you are likely suffering from a more severe case of drug abuse which has actually now turned into a drug addiction.

Physically, drug addiction causes the desire or need to use drugs in order to prevent negative physical effects from occurring. These negative effects, known as withdrawal symptoms, cause the drug addict to feel nausea or restless, insomnia or sleeplessness may also occur, depression or anxiety is also common and the addict may sweat, feel shaky or even experience seizures as a result of NOT doing the drugs. These withdrawal effects occur because the body begins to rely on and get used to having the drugs in the system. Some drugs have more severe withdrawal symptoms than others but pretty much all come with some negative withdrawal effects.

Physically the drug addict may show signs of being sick from drug use. The addict may not eat properly and this shows by resulting in weight gain or most often weight loss. The addict may also have dark circles under their eyes, blotches on their skin and may even show signs of intravenous drug use. Infections are also common with intravenous drug abuse and boils or other skin problems can be visibly seen so often times the addict will wear long sleeves to cover such signs up.

Bloodshot eyes or pupils that seem to be over dilated or not dilated when they should be dilated are other common physical signs of drug addiction. People who abuse drugs may slack on grooming, they may not brush their teeth regularly anymore or they may not shower or brush their hair regularly. Tremors and slurred speech are also common physical signs of drug addiction.

How Your Family Can Play a Role at Your Rehab Center

One of the scariest parts of rehab is the idea that you have to go through it all alone and your family can also feel isolated by the idea of a rehab program, especially an inpatient one. It’s hard for people to know what role they are supposed to play when they don’t know very….

10 Warning Signs that Signify the Need for Alcohol Rehab

Severing Ties: Ways to Get Your Adult Children into Rehab

According to the National Institute on Drug Abuse, addiction is a treatable disease not a lack of willpower or morality. Knowing this does not make severing ties with an adult child who is an addict any easier. Many people subscribe to the tough love approach, which involves abandoning the child to their drug addicted fate…..

How to Celebrate the Holidays While in Rehab

Celebrating the holidays while in rehab is a depressing prospect for some. It is important to remember that the holidays are an excellent time to become sober for both your friends and family. According the National Institute on Drug Abuse, stress can cause relapse, being alone during the holidays is a source of stress for….

Can I Leave My Rehab Program Early?

According to the National Institute on Drug Abuse, “Individuals progress through drug addiction treatment at various rates, so there is no predetermined length of treatment. However, research has shown unequivocally that good outcomes are contingent on adequate treatment length.” It is not recommended that any individual leave their rehab program early unless the decision is….

Can Transgender People Find Their Place in a Rehab Center?

The transgender community faces specific hurdles to sobriety and specific triggers for substance abuse that aren’t widespread among all communities. Given the high percentage of transgender people with a substance use disorder, treatment programs need to be attuned to these needs and meeting them with regularity. But, that isn’t the case. For a variety of….

Benefits of Exercise During Drug Rehab

There are many ways that exercise benefits us naturally and during drug rehab exercise becomes just as important as ever in assuring the health and healing of an individual. Many drug rehab centers now offer exercise programs as a way of helping addicts to heal physically and build their strength while working toward their own….

Is My Husband an Alcoholic?

A common question that many wives have is whether or not their husband is an alcoholic. Let’s face it, many men (and women) like to drink on a regular basis—but does this make every one of them an alcoholic? Not necessarily! There is more to being an alcoholic than simply having a few beers with the guys after….

Coping with the Past and Overcoming Drug Addiction

“Your past will come back to haunt you,” it’s a phrase that so many addicts remember and equally regret having ever heard and yet as sobriety looms near so too do memories of the past. Drug addiction creates a chaotic atmosphere that is plagued by arrests, fighting with friends, family and loved ones, and hundreds….

There is no single factor that determines whether a person will abuse prescription drugs or who will become addicted to them although, some people are more at risk than others due to biological, environmental, or development influences throughout their life. Prescription Drug Abuse Signs There are multiple signs of prescription drug abuse and with every….