While increasing rates of substance abuse continue to warrant cause for concern, the increasing rate of alcohol abuse among older adults is one of the fastest growing health problems in the United States. Alcohol abuse carries a range of health risks, both physical and psychological. These risks increase substantially for adults aged 60 and older.

In spite of the known effects of alcohol abuse, societal trends tend to place less importance on its occurrence in older aged individuals. Unfortunately, the effects of this behavior stand to cause considerably more problems in older adults than for people in their 20s, 30s and 40s. For these reasons, it’s especially important for older adults to get needed alcohol rehab treatment since alcohol’s damaging effects progress more quickly during this time of life. 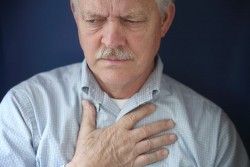 Older adults are at a higher risk of health problems when they abuse alcohol.

Between the years 2010 and 2030, the number of adults 65 and older is projected to grow by 2.8 percent per year. As the Baby Boomer population enters old age, rates of alcohol and substance abuse have seen a steady increase with older adult population numbers more than doubling by the year 2050, according to the National Center for Biotechnology Information. As it stands now, 17 percent of the older adult population engages in alcohol abuse practices on a regular basis.

As the oldest form of substance abuse known to man, alcohol abuse reaches across most all socioeconomic levels, races and age groups. While alcohol does affect the brain and body in the same way regardless of the person, it’s effects become more so damaging as the body ages.

Unlike other substances of abuse, alcohol has widespread effects on the brain and body, damaging cell structures and impairing normal functioning within most every major bodily system. According to Washington and Lee University, continued alcohol abuse can cause a range of adverse effects to develop, including:

In effect, alcohol’s ability to disrupt chemical processes throughout the body actually speeds up the aging process. In some cases, it can be difficult to diagnose alcohol abuse in older adults since many of the medical conditions that appear at advanced ages produce symptoms similar those brought on by chronic alcohol abuse.

How Local Alcohol Treatment Centers Will Help You Recover

The body’s physiological processes change with age and become less efficient overall. The combination of alcohol’s effects and the physical decline taking place during the later years can cause medical problems to develop as well as exacerbate existing health problems.

Alcohol abuse risks for older adults include one or more of the following conditions depending on a person’s overall health status:

When to Consider Alcohol Rehab Treatment

In addition to being a highly addictive substance, alcohol poses a genuine threat to an older person’s quality of life in general. Without needed alcohol rehab treatment, the degree of damage that results can severely compromise a person’s ability to manage daily life.

Living with an Alcoholic Husband: The Decision to Seek Help

Millions of people online share their own personal stories of success, failure, despair and the disasters that come from living with an alcoholic husband but few share the keys to success or the methods of finding help. It can be trying, difficult, deceitful, dangerous and utmost disastrous to live with an individual who is an alcoholic,….

A new study by the Blue Cross Blue Shield of Massachusetts was released in March 2018, detailing the severity of opioid addiction and abuse in the Bay State. Sadly, the report found that a majority of people in the state know or have known someone who struggled with opioid addiction, and a quarter of residents….

Are there Free Rehab Clinics for Addiction?

Fortunately for many addicted individuals who also suffer from financial issues as a result of their drug abuse, free rehab clinics do exist. These facilities are able to treat a person’s addiction without the need for them to spend the small amount of money they still have after the devastating effects of drug abuse. When….

You’ve been in drug rehab before, you’ve tried to do what it takes to heal and overcome addiction and yet you have relapsed once, twice or even many times—but why? Why is it that the drug rehab that you have tried in the past hasn’t worked and what is it going to take to get….

Deciding to be treated for alcohol abuse is a large step which many people are too scared to make. They fear the expenses, the withdrawal symptoms, and are often misinformed or misguided about current treatment options available to them. At one time, recovering from alcohol abuse was an unpleasant and costly matter as there were….

Am I Struggling with a Dexedrine Addiction? When to Consider Treatment

Dexedrine belongs to the amphetamine class of drugs, commonly used to treat conditions involving sleep disorders, ADHD and weight problems. Like most all amphetamine-based drugs, Dexedrine stimulates chemical activities throughout the brain and central nervous system and speeds up bodily processes. This drug also comes with a high risk for abuse and addiction. If you’re….

What You Can, And Cannot Bring With You to a Drug Rehab Center

Learning to Be Honest in Recovery

As stated by the National Library of Medicine, “Lying and stealing” are some of the most damaging behaviors a person can participate in when they become addicted to drugs, and unfortunately, these are some of the clearest signs of a serious addiction. For these reasons, learning to be honest is one of the most important….

Substance abuse, be it alcohol or drugs, exerts a tremendous toll on individuals, families and communities. Teen substance abuse in particular has the ability to change a young person’s life in ways that affect him or her for years to come. For these reasons, it’s important to be able to spot signs of teen substance….