Rehab: What Works Best for Teens?

You may have discovered your child has an addiction to drugs or alcohol or they may have come to you with that information. No matter how you discovered the truth, you are probably still reeling from it and trying as quickly as possible to find a way for your child to get sober. Of course you are; who wouldn’t?

What you should be considering are age appropriate treatment facilities. It may sound sill, like sending your child to kiddie rehab, but there are a number of very logical reasons why their development may be crucial to receiving care that will truly work for them.

There is no single cause of addiction that all experts agree upon. Some people look to genetics, others to brain make-up, others to family dynamic, and still others to socioeconomic concerns. In each case of addiction, there are a number of factors all working together to create the situation.

If you are interested in researching age-appropriate rehab centers that could make the difference in your child’s recovery, call Our helpline 800-481-6320Who Answers?. We can connect you to information, resources, and rehab centers.

The Danger of the Adolescent Brain

Research indicates that the human brain does not mirror an adult brain until a person reaches their early 20s. It is a mistake to assume that young people are fully developed just because they are close to their physical peak. In fact, data shows almost the exact opposite.

The National Institute of Mental Health reports between early and late adolescence death rates jump. The likelihood of death by injury is six times greater in 15 to 19 year olds than in 10 to 14 year olds. Crime rates are at their highest for young males. Plus, rates of alcohol abuse are high when compared to other ages. Adolescence marks a legitimately hazardous time in young lives.

The Emotions of the Adolescent 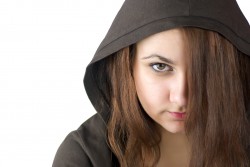 Teens who abuse substances often suffer from a mental disorder as well.

Some attribute this to the processing of emotions. In teen brains, the parts of the brain involved in emotional responses functions even more highly than that of adults. So teens feel emotions greatly. The problem is that the parts of the brain that regulate emotion and keep it in check aren’t fully formed. This imbalance leads to a lot of impulsive dangerous behaviors, like using drugs and alcohol.

Comorbidity is just a big word used for concurrent disorders, that is two disorders that a patient deals with at the same time. For example, a teen may struggle with a both a dependence on marijuana and ADD. IN this instance, it would be beneficial for the teen to attend age-appropriate rehab with a staff trained in treating both ADD and drug dependence in adolescents.

Comorbidity is of particular concern in the teen population because so many comorbid disorders are mental ones. With a brain that has not fully developed, the treatment of mental illness needs to meet patients at their level of development.

Many mental disorders begin to set in in the teen years. For example,:

Because of the likelihood that a teen with an addiction also suffers from a comorbidity issue, it is extra important that their rehab center be accustomed to treating teens, as these disorders function differently in adolescents than they do in adults.

If you are ready to find your child an age appropriate rehab center, it is time to call 800-481-6320Who Answers? we are waiting for your call.

Teen Drug Abuse Risks and When to Consider Getting Rehab Help

The Cost of Drug Rehab

Drug rehab pricing varies from one rehab center to the next. Many drug rehab centers are by far too expensive for the average individual to pay for, especially once addiction has already set in and the person has hit rock bottom. Depending on the type of drug rehab services that you seek as well as….

Although according to the Anxiety and Depression Association of America, anxiety may lead to drug addiction, it does not ALWAYS lead to addiction. There is a correlation between anxiety disorders and substance use but anxiety does not always result in substance abuse. Anxiety Medications Most medications given for anxiety even in childhood are benzodiazepines. These….

According to the Substance Abuse and Mental Health Services Administration, there are 36 million people in the United States who need some form of drug treatment. Many of these people live below the poverty line and are the product of single parent households. Many of them do not know even the basic life skills needed….

According to the National Institute on Drug Abuse, the therapeutic community is the “best-known residential treatment model,” although many individuals do not actually realize what it entails or know how long treatment even lasts. Treatment Lengths for the Therapeutic Community Model “Planned lengths of stay [for therapeutic community patients last] between 6 and 12 months.”….

How Change Happens in Rehab

Many people have a distorted view of rehab that it is a place where conformity and unsolicited advice for personal and interpersonal situations permeate the atmosphere, but, thanks to decades of proven research and studies, the SAMHSA has determined that “controlled clinical trials place confrontational approaches among the least effective treatment methods.” It takes a….

What are the Benefits of Getting Alcohol Addiction Treatment

Alcoholism is an addiction that can affect anyone from your family and friends to your co-workers and clergy. According to the National Institute on Alcohol Abuse and Alcoholism, an estimated 17 million Americans suffer from either alcoholism or harmful drinking habits. Many alcoholics and alcohol abusers don’t get help, some try to do it alone, and….

Calls to numbers on a specific treatment center listing will be routed to that treatment center. Additional calls will also be forwarded and returned by one of our treatment partners below.

Calls to any general helpline (non-facility specific 1-8XX numbers) for your visit will be answered by ARK Behavioral Health, a paid advertiser on RehabCenters.com.