How to Help a Friend onto the Road to Recovery

According to the National Institute on Drug Abuse, there are a vast variety of treatments available for substance abuse problems. The hard part is not the treatment but watching a friend struggle with the challenges of drug abuse and addiction. Most people feel helpless to do anything for their friend. Fortunately, there are ways to approach a person regarding drug abuse that can help them decide to find treatment themselves.

Tell them there is a Problem

Many people ignore the fact that there is a problem with one of their friends. Some even go to the point of making excuses for their friend’s drug or alcohol issues. Most people tend to try and avoid the topic whenever possible. Unfortunately, this does not work if the person needs help. It is best to sit them down and tell them that there is a problem. They might not take it well at first but it is one of the best things you can do for them.

Talk to them About their Drug Use

Explain why the Drug Use is a Problem 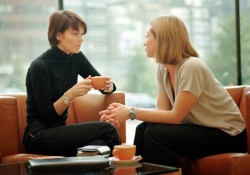 Explain how your friend’s addiction negatively affects others.

Make Sure they Know that you are their Friend

Ask them to Seek Treatment

Ask them to find help. Make it a request rather than a demand. By asking them, you leave the choice up to them. Let them know you are concerned and that you want them to be okay. By making the request you are telling them that you are willing to help them find the treatment that they need.

Ways to Tell if Your Loved One Needs Prescription Drug Rehab

Tell them How to Find the Treatment they Need

They can find the treatment that they need by calling 800-481-6320Who Answers?. Give them the number and help them make the call.

The Difference Between Inpatient and Outpatient Rehab Centers

According to the National Institute on Drug Abuse, drug abuse and addiction have many dimensions, and they disrupt many aspects of an individual’s life. Because of this treatment is not simple. Effective treatment programs have to incorporate many components, which are each directed to a particular aspect of the illness and its consequences. Addiction treatment….

All About the Steps of Drug Rehab

The process of addiction rehabilitation and getting sober differs from one patient to the next but there are always some similarities involved with each. For instance, everyone who decides to get sober will have to take steps to overcome physical dependence on drugs and to overcome psychological implications of the drug abuse. The steps of….

Though many states have considered or already have legalized marijuana, republicans, democrats, the President and drug treatment professionals still have mixed feelings as to the true dangers of marijuana use. The battle against drugs, the messages that have been spread for many years to “Say no to drugs” and the legal issues that have derived….

Nearly all of the states in the country now have or are in the process of implementing Prescription Drug Monitoring Programs (PDMP), which are electronic data-sharing systems designed to reduce the current escalation of the abuse and addiction to pharmaceuticals. As more of the nation continues to update into the digital age, so has the….

The Dangers of Combining Cocaine and Alcohol during the Holidays

As disparate as cocaine and alcohol may be in effect, cocaine and alcohol seemingly balance each other out, with one substance smoothing out the effects of the other. While the combined “high” produced by these two substances may feel pleasant, this combination can be deadly when ingested on a frequent basis. The holidays offer a….

What Happens in Suicide Treatment Centers?

Opiates such as heroin and certain prescription medication such as OxyContin and Roxies can be deadly when an individual becomes addicted to them. The euphoric effects of opiates are what initially cause individuals to begin using the drugs but in a short time, the individual can become highly addicted both physically and psychologically to these….