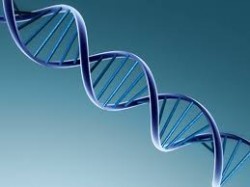 There is a link between drug addiction and genetics.

There is mixed evidence as to whether drug addiction is actually predisposed by the genes or not but one thing that is known for sure is that addictive behavior is predisposed. What this means is that although actually being addicted to drugs may not be genetic there are genetic factors that play a role in whether or not a person has what is known as an “addictive personality.”

Why can some people use drugs casually and not become addicted but others use just a few times and the addiction sets in? How much of drug addiction can be imposed on a predisposition that is the result of genetics? Why does addiction strike one person so much differently than it does the next?

There is evidence that shows as much as 50% of a person’s likelihood to become addicted to a drug is genetically predisposed. What this means is that the genes play a key role in drug addiction but they do not play the only role in determining whether or not a person will become addicted to drugs as a result of recreational or casual drug abuse.

There are thousands of genes that determine everything about an individual from skin, hair and eye color to personality and cognitive ability. Of the 40,000 genes that are expressed in the part of the brain where drugs show their most profound effects many may or may not be directly linked to drug addiction. Geneticists have been researching the similarities and differences between family members who are addicts in hopes of determining those genes which are directly responsible for determining whether or not an individual will become addicted to drugs.

While evidence does suggest that heredity and genetics do play a role in increasing the likelihood of an individual becoming addicted to drugs there are many other factors that come into play as well. While addiction does tend to run in families it is still unclear how much of the disease of addiction is transmitted genetically and how much of the disease is the result of learning addictive behaviors from family or society.

Another study on the genetic predisposition of drug addiction focused on twins. One study found that identical twins (those who share the same genetic makeup) are up to 200% more likely to suffer from alcoholism than fraternal (not identical) twins. Similar statistics have been found for other types of drug abuse amongst twins including cocaine, stimulants and sedatives.

Rehab Center Location – Close by or Far Away?

There can be a lot of debate about whether it is better to seek a drug rehab center that is close to home or find one that is a substantial distance away. For every facility that claims it should be the former, you can find one that promotes the latter. In reality, they’re both right….

Coping with Chronic Pain in After Drug Rehab

Thousands of people suffer from chronic pain disorders such as Fibromyalgia or other serious conditions that result in uncontrollable pain for the patient. But if you are a recovering addict, how can you cope with chronic pain after you have completed drug rehab? What are the dangers of managing chronic pain and how can you….

What Can the Music Industry Teach You about Recovery from Addiction?

People in the music industry—artists, managers, agents, label executives, lawyers, etc.—are often held accountable for encouraging addiction. It seems there have always been lyrics that celebrate getting drunk and getting high. Authors of the research study “Content Analysis of Tobacco, Alcohol, and Other Drugs in Popular Music” determined that kids are receiving roughly 35 references….

Types of Rehab for Drug Abuse and Addiction

Just as there are many types of addiction, there are many different types of rehab. Which type of rehab is best, depends on the type of addiction as well as the individuals personality. Each person has different needs and rehabs are not one size fits all. According to the National Institute on Drug Abuse, the….

Why Families are Important in Drug and Alcohol Rehab Centers

Family support is important for someone attending treatment in a drug and alcohol rehab center, no matter how intensive or how long their treatment will be. In many situations, families can make all the difference by supporting their loved one in treatment and working with them to help facilitate recovery. Lengthening Treatment Stays According to….

Is It Okay to Date During Rehab?

It can be a rather delicate area when it comes to whether or not a person should consider dating during rehab. While there are several schools of thought on the subject, it is important to remember that your time in rehab, first and foremost, should be spent focused on your recovery. If you are looking….

What is Dual Diagnosis? According to the US National Library of Medicine and National Institutes of Health, dual diagnosis is when a person has both a drug or alcohol problem and a mental illness. These conditions often occur together. For example, with alcohol, it is common in a dual diagnosis for the person to also….

Relapse – it’s the number one feature of nearly any addiction that tends to remain the same across the board. It’s also one of the most painful aspects of any addiction treatment program and it plagues most every recovering addict at least once and typically many times throughout their lives. Relapse happens to the vast….