Do I Have Night Eating Syndrome? 3 Signs to Watch For

The body maintains a rhythm or cycle for eating much like it maintains a sleep cycle. For some people, eating cycles can be thrown off, causing eating patterns to deviate from the norm.

Night eating syndrome, or NES was first described in 1955 as an eating disorder that centers around the time of day abnormal eating patterns occur. Unlike the all-day practices involved with anorexia and bulimia conditions, people affected by night eating syndrome consume at least 25 percent of their daily food intake after the dinner meal, according to Psychiatric Clinics of North America.

As with any type of eating disorder, NES can affect other areas of a person’s life in harmful ways. Knowing what signs to watch for can help you prevent a bad situation from getting worse.

Call our toll-free helpline at 800-481-6320Who Answers? to ask about available treatment options for night eating syndrome. 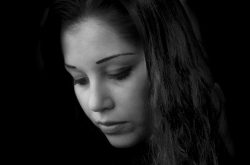 Those affected by NES often eat to self-medicate feelings of depression.

Night eating syndrome may well be more prevalent than most people realize. According to Harvard Health Publications, an estimated one to two out of every 100 people struggle with this condition.

Not surprisingly, NES can be linked to weight gain, with as many nine to 14 percent of people receiving treatment in obesity clinics affected by night eating syndrome. Among severely obese individuals, rates of NES run as high as 27 percent.

Eating patterns caused by night eating syndrome are most pronounced in the evenings. Individuals tend to eat a good portion of their daily food intake after the dinner hour and may also get up during the night to eat.

People affected by this condition also tend to not eat during the morning hours due to lack of appetite. In effect, the tendency to eat in the evenings comes from overwhelming urges for food during this time.

Not surprisingly, nighttime eating incites activity within the body’s digestive system, which can disrupt normal sleep cycles. According to the journal of Neuropsychiatric Disease and Treatment, people affected by night eating syndrome also tend to struggle with sleep disturbances as result.

Periods of insomnia that occur four or five times per week are common. Individuals may also have difficulty falling asleep and staying asleep.

According to the University of Chicago, people affected by night eating syndrome tend to experience depression, typically during the evening hours. Feelings of depression only work to aggravate eating behaviors to the point where a person may actually believe he or she needs to eat in order to get to sleep.

Other emotion-based triggers for NES include:

Symptoms of night eating disorder interfere with a person’s quality of life on multiple levels. The combined effects of overeating, sleep disturbance and emotional distress all work together over time to worsen the severity of the condition.

For these reasons, it’s important to seek out needed treatment help at the first sign of of NES symptoms. If you need help finding treatment, call our helpline at 800-481-6320Who Answers? to ask about available treatment options.