Is Vicodin a Gateway Drug? Understanding the Dangers of Vicodin Abuse

If you’ve ever had dental surgery or suffered back pain, there’s a good chance you were prescribed Vicodin as a pain treatment. Vicodin, a brand name version of hydrocodone, works well at relieving moderate to severe pain symptoms, but carries a considerable risk for abuse and addiction.

According to the Drug Enforcement Administration, hydrocodone derivatives like Vicodin are the most frequently prescribed opiates, with over 136 million prescriptions written in 2013 alone. These rates of distribution combined with Vicodin’s abuse potential places scores of people at high risk of trying stronger more dangerous drugs, like heroin.

Understanding the dangers of Vicodin abuse can shed some light on its role as a gateway drug to stronger opiates.

For information on opiate abuse treatment programs, call our toll-free helpline at 800-481-6320Who Answers?. 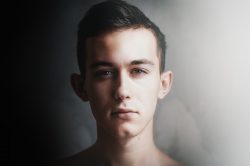 Once a tolerance is built, a user will likely transition from Vicodin to heroin abuse.

As an opiate drug, Vicodin can integrate within the brain’s chemical system just like the brain’s own neurotransmitter chemicals. Since Vicodin is designed to stimulate the body’s only pain management system, it can force brain cells to produce large amounts of endorphin-type chemicals.

These interactions take a toll on affected brain cells, weakening there ability to respond to Vicodin’s effects. Consequently, a person must keep taking larger and larger doses to keep experiencing the desired “high” effect, according to Semel Institute.

The brain’s tolerance for Vicodin’s opiate effect will continue to increase for as long as a person keeps taking the drug. This mechanism of action in particular plays a central role in Vicodin’s role as a gateway drug.

With frequent Vicodin use, a person will eventually start to experience withdrawal effects, such as:

The urge to self-medicate withdrawal effects with more Vicodin can become over-whelming, especially during the later stages of Vicodin abuse.

Addiction develops out of the widespread brain chemical imbalances that Vicodin abuse causes. Once addicted, a person becomes both emotionally and psychologically dependent on the drug’s effects to cope with daily life.

These developments drive the compulsive drug-using behaviors that characterize addiction.

Rehab Centers Seeing Rise in Treatment of Opiate Addictions, Is Your Loved One in Harm’s Way?

The Need for a Stronger Drug

The combined effects of rising tolerance levels, bouts of withdrawal and addiction work to drive compulsive drug-using behaviors. After weeks or months of Vicodin abuse, the drug will be unable to produce the desired “high” effect once the brain’s tolerance levels reach a certain point.

Likewise, withdrawal effects will have become so severe that a stronger opiate drug is needed to relieve uncomfortable symptoms. Add to this the psychological “need” that addiction breeds and a person can easily end up turning to heroin.

Unfortunately, the cycle doesn’t stop with heroin, but rather repeats itself. Before long, users will “need” to seek out even stronger opiate varieties, such as fentanyl and carfentanil.

These types of drugs can be deadly in effect as their potency levels run considerably higher than heroin. Under these conditions, a person all but plays Russian-roulette with each drug dose as the risk of overdose runs extremely high.

Please don’t hesitate to call our helpline at 800-481-6320Who Answers? if you need help finding an opiate addiction treatment program.