Social anxiety disorder, often referred to also as social phobia, is characterized by a strong fear of being judged by others and embarrassed, leading to a fear of social settings. While it is common for people to sometimes feel anxious, nervous, or embarrassed, individuals with social phobia anticipate and worry about social situations weeks before they happen, may be afraid to do common things in front of other people, and may have these feelings be so strong that they get in the way of their lives. Oftentimes people with social anxiety disorder are aware of their fears and that they are often irrational, but they are unable to control them. Some people with the disorder only experience symptoms in certain social settings while others experience the symptoms of social phobia in almost any social setting.

Social phobia is a common disorder in America. These facts show us a bit about just how prevalent it is: 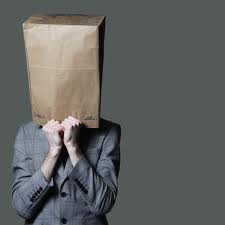 Social phobia is more than just shyness. The symptoms can be debilitating and interfere in an individuals life.

Individuals with social phobia show a variety of symptoms across a variety of social settings. In general, social phobia causes individuals to believe others are competent in public and that they are not. According to the Boston University, individuals may feel small mistakes much more exaggerated than they really are and feel that all eyes are focused on them, especially when blushing. Others may have more specified symptoms of social anxiety disorder such as experiencing feelings of anxiety with an upcoming meeting, speech, discussion with an authority figure or romantic interest. The most common situations where individuals feel the symptoms of social phobia are in public speaking situations and social gatherings like parties. In less common situations individuals may feel a fear of public restrooms, eating out in public, speaking on the phone, and/or writing while in the presence of others.

Specific social anxiety symptoms may include:

According to Temple University, the symptoms of social phobia may be felt in a variety of social settings. These include but are not limited to:

Social anxiety disorder symptoms can be debilitating, harming an individual’s career, relationships, and social life. For example, someone with social phobia may turn down job promotions due to their fear of public speaking, or may avoid dating due to their fear of talking to romantic interests.

In order to diagnose social phobia, an individual must show the symptoms of the disorder for at least six months.

According to the University of Pennsylvania, social anxiety disorder typically emerges during adolescence or youth, and is often diagnosed in young people with a history of shyness. It is usually brought on by a stressful or humiliating experience. There are two types of social anxiety disorder differing in their reach and severity.

The two types of social anxiety are:

The severity of both types can change over the course of an individual’s life though they typically persist throughout their life in some form and intensity.

The exact cause of social phobia or social anxiety disorder is unknown. The National Institute of Mental Health shows that it does seem to run in families but that no one knows why or how. Research has found some parts of the brain to be involved in fear and anxiety but there is still much investigation needed in order to fully understand the processes at work. Stress and environmental factors are also thought to have some role in social phobia.

According to the University of Pennsylvania, there are higher incidences of the disorder in individuals with first-degree relatives (a parent, sibling, or child) who are affected by a panic or anxiety disorder. Still, no one gene has been identified as a cause or marker of the disorder, and social environment, personal experiences, and biology are thought to all be involved in its development.

Rehab Centers for Social Anxiety and the Types of Treatment Offered

A combination of cognitive-behavioral therapy and medication is commonly used to help individuals cope with and overcome social anxiety, though sometimes treatment involves either one or the other.

A study funded by the National Institute of Mental Health found that brain imaging can provide neuromarkers which can help predict whether cognitive behavioral therapy will work as treatment for social anxiety disorder for a particular patient. This practice is called personalized medicine, or the use of genetic or biological markers to tailor treatments to individuals.