LSD, D-lysergic acid diethylamde, also commonly referred to as ‘acid’ is a potent synthetic hallucinogen. A Schedule I drug under the Controlled Substances Act, it is illegal in the USA because of its potential for abuse, dangers, and because there is no accepted medical use for the substance. Its original form is a white, clear crystal that can be crushed into a powder and dissolved, though it is found now in a variety of forms including tablets, sheets of paper laced with the substance, liquid form, capsules, sugar cubes and more.

LSD is a powerful hallucinogen the effects of which last up to 8 hours. It affects the emotions of users as well as their sensory perception, and can lead to dangerous hallucinations and psychotic symptoms.

Important Dates in the History of LSD

According to a report from the University of Maryland, the history of LSD started in a Swiss lab in 1938. 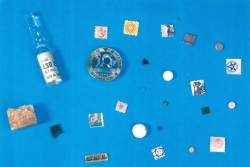 LSD is a powerful hallucinogenic drug that comes in a variety of forms.

As it is a hallucinogen, the major effects of LSD relate to its perception-altering abilities. According to the University of Hawaii, the effects of acid take 30 to 45 minutes to be felt, and last between six to eight hours, while the University of Maryland reports that they may last up to 12 hours. The drug’s hallucinogenic effects are caused by a disruption of the interaction of serotonin, a neurotransmitter in the brain, and nerve cells. Serotonin has a role in many important processes in the body, such as control of behavioral, perceptual, and regulatory systems and the detection of external stimuli from all over the body. There are several short and long-term effects of LSD.

According to Brown University, the most common dangers associated with LSD result from ‘bad trips’. A bad trip on LSD includes a variety of psychological symptoms that can persist for a good part of the drug’s duration, which is up to 12 hours.

Symptoms of a bad trip include:

While these are the symptoms of a bad trip on LSD, it is possible to feel any of these symptoms at some point while the feeling the drug’s effects. It is very dangerous to operate cars or machinery while on acid.

A report by The National Drug Intelligence Center shows that LSD abuse is more common among males than females, and is most common among twelfth grade students than any other age group. The data also shows that white Caucasian males are the predominate LSD user group entering hospital emergency departments for LSD-induced symptoms.

Though it has its share of dangers, according to the National Institute on Drug Abuse LSD is not considered an addictive drug because it does not produce compulsive drug-seeking behavior. While that is true, LSD tolerance does develop over time meaning that users who take the drug often will have to increase their dosage to achieve the same state of intoxication that was previously achieved. Tolerance is dangerous, as it results in high levels of LSD in the body. In addition, as individuals take higher doses of LSD the effects of the drug become more unpredictable.

The University of Hawaii reports that while physical dependence on acid does not develop, it is possible to be psychologically dependent on the drug. Individuals who take it often may feel like they need it to function and will feel anxious and panicky without it.

Due to the fact that LSD is not really addictive and that there are no withdrawal symptoms associated with stopping use of the drug, treatment at LSD addiction rehab centers is more psychological than physical. As LSD Addiction.us and others write, the need to get treatment for LSD addiction arises once tolerance, and possibly dependence, develops. At that time it is clear that an individual is taking LSD too often, and that its effects are getting more and more dangerous.

Rehab centers for LSD addiction focus on behavior modification and psychological treatment. Individuals who are struggling with an LSD abuse and addiction problem will be taught other ways to relax and to spend time previously spent high on LSD. During treatment, counseling and more in-depth psychological treatment may be necessary as some individuals take LSD as a means of self-medication for depression and other conditions. Once they stop taking the drug, the symptoms of underlying disorders may surface and further treatment would be addressed at that time.

Another possible factor in the treatment of LSD addiction is the possibility that LSD abuse has led to paranoia or the development of other psychological conditions that were not previously present. This would also require the appropriate treatment and would be addressed once discovered.