It might feel a little dramatic to invoke the seven deadly sins when writing about alcohol rehab, but the sins themselves are so naturally a part of the addiction discussion. Although addiction is a chronic disease, it often manifests in sins like envy of those who can interact with alcohol without problems or ill-advised acts of lust when under the influence. The drinking itself is a form of gluttony. So, it should then be natural to acknowledge how tied to a general concept of sinning alcohol abuse can be.

Certainly, when it comes to alcoholism, the greatest possible sin one can commit against oneself is failure to enter treatment for your addiction. To find out about the virtues of treatment and to locate a rehab center that meets your needs, call 800-481-6320Who Answers?. Our experts can help you transition into the care you need. Leave the sins behind.

It’s no secret that chronic alcoholism leads to a number of negative health consequences, including: 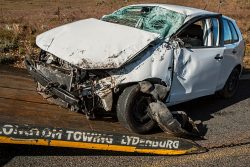 Alcohol rehab won’t fix these problems. But, your chances of developing them certainly increase when you fail to pursue treatment. Certainly, opening yourself up to possible death because you refuse treatment can be viewed as a sin against yourself.

Failure to Attend Alcohol Rehab Endangers the Health of Others

An alcohol use disorder leads to some fuzzy thinking and often people find themselves participating in dangerous activities, like driving. Clearly, not all alcoholics drink and drive, but alcoholism increases the chances that a person will.

According to the Centers for Disease Control and Prevention, in 2014:

Failing to enter rehab doesn’t just effect your health. It is a sin against every person who shares the road with you.

When you are actively abusing alcohol, it takes a place of great importance in your life. You spend part of every day thinking about it and you resent things that stand between you and your opportunities to indulge. Often, those obstacles are people in your life. Drinking strains your relationships.

According to the National Institute on Alcohol Abuse and Alcoholism, family problems likely to occur alongside alcohol abuse include:

Not only can drinking problems have a negative effect on the way families function, they can increase in the face of problems, creating a terrible cycle. Without rehab, this cycle continues without end, until all parties involved are just shells of the people they used to be.

How Effective is Drug and Alcohol Addiction Treatment? Will it Work for Me?

A professional alcohol rehab center will run a series of intake assessments when you prepare to enter the program. These are medical, psychological, and social evaluations. One of the things they are trying to determine is whether or not you have multiple disorders at the same time, like addiction and anxiety. The term comorbidity is used to describe this. If a rehab center identifies comorbidity, your treatment plan addresses all of your health concerns and not just the addiction. Everything gets treated.

According to the National Institute on Drug Abuse, People who have anxiety and mood disorders are twice as likely as the general population to have an addiction as well and the reverse is also true. As an alcoholic, you are more likely to suffer from a variety of mental illness when compared to the average person. When you fail to attend rehab, you don’t only leave your addiction unchecked, comorbid disorders also remain untreated.

Literally, a failure to attend alcohol rehab could kill you. There is a legitimate possibility that continued alcohol abuse could lead to a number of fatal outcomes. But, it also threatens the people around you. To so callously put so many people’s hearts, minds, and bodies at risk is truly a sin. To find out how to turn your back on that sin and embrace the virtue of rehab, call 800-481-6320Who Answers?.