How to Quit Drinking with the Help of Rehab

People who drink in excess, drink too fast or drink too often run the risk of developing alcohol use disorders. By the time a person reaches a point where he or she asks “how to quit drinking,” alcohol’s effects have already commandeered the brain’s chemical system.

As the most heavily abused addictive substance of all time, alcohol abuse rates continue to exceed those of opiates and cannabis. According to the National Institute on Alcoholism & Alcohol Abuse, approximately 17 million American adults struggle with alcohol use disorders within any given year.

The good news is alcoholism is a highly treatable condition. On average, one-third of people treated for alcohol use disorders maintain sobriety for a minimum of a year or longer.

How to Quit Drinking: Factors to Consider 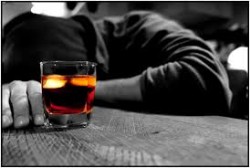 The severity and frequency of one’s alcohol abuse must be considered.

Alcohol use disorders take many different forms, ranging from mild to moderate to severe.

A range of factors plays into the severity of a drinking problem, some of which include:

According to the Mayo Clinic, the longer a person engages in drinking behaviors the greater alcohol’s effects on his or her physical and psychological well-being. Over time, a pattern of alcohol use develops that inevitably starts to affect important life areas.

How to quit drinking becomes even more so difficult as patterns of alcohol use start to take over a person’s life, as in:

Ultimately, the degree to which drinking interferes with a person’s daily life determines how severe the problem is. Under these conditions, how to quit drinking can seem all but impossible without some form of professional help.

Breaking the body’s physical dependence on alcohol becomes a most necessary first step in how to quit drinking regardless of how severe the problem may be. Alcohol detox programs not only help in this regard, but oftentimes provide much needed medical treatment in cases of severe addictions.

Alcohol withdrawal develops anytime a person reduces or abstains from ongoing alcohol use. Withdrawal effects also become a regular occurrence for chronic drinkers due to the body’s increasing tolerance for alcohol’s effects. During the throes of withdrawal, a person’s concerns over how to quit drinking all but diminish as the body reacts to the alcohol’s absence.

In light of withdrawal’s oftentimes unbearable effects, how to quit drinking becomes a matter of ensuring the needed supports are in place.

Detox rehab programs offer a safe and effective means for overcoming this first stage in the recovery process. Depending on the severity of the problem, these programs provide medical treatment and emotional support for the duration of the withdrawal stage.

In essence, how to quit drinking becomes the focus of the treatment process. As rehab programs do require a person to live at the facility for the duration of the program, he or she essentially “lives” this initial stage of recovery on a day-by-day basis.

People with a long history of chronic drinking stand to experience the worst of withdrawal, and in some cases withdrawal effects can be life threatening, according to the National Center for Biotechnology Information. Under these conditions, the need for detox rehab increases exponentially.

Over time, alcohol use disorders gradually turn into addiction problems as alcohol’s effects slowly but surely reconfigure essential brain chemical pathways. Before long, the areas of the brain responsible for regulating thinking and emotions become dependent on alcohol’s effects much like the physical dependence that occurs as brain tolerance levels rise. For people struggling with full-blown alcohol addictions, how to quit drinking centers around breaking the mind’s psychological dependence on alcohol’s effects.

According to Ohio State University, the effects of chronic alcohol use breeds its own lifestyle made up of habits, routines and behaviors that all work to support the addiction. Ultimately, how to quit drinking starts with overcoming the physical dependence, but must inevitably address these long-term effects of alcohol on the mind. Alcohol rehab program interventions are designed to help drinkers uncover the mental constructs that support drinking behaviors and replace them with tools for coping with daily life on a drug-free basis.

During the course of alcohol rehab, behavioral treatment interventions help those in recovery address the task of how to quit drinking head-on. Interventions used include:

Each approach works to address a person’s drinking problem on different levels, be it personal, interpersonal, emotional or informational. As addiction and substance abuse problems in general are complex in nature, this multi-pronged approach enables a person to develop the type of mindset that makes sobriety possible. In effect, how to quit drinking lies in changing the mindset that supports the problem.

While not everyone will require professional help as far as how to quit drinking goes, it helps to keep in mind that even a mild drinking problem can develop into a full-blown addiction when left unattended. If you or someone you know struggles with a drinking problem, please feel free to call our helpline at 800-481-6320Who Answers? to speak with one of our representatives. Our helpline is accessible 24-hours a day.