Why You Should Seek Help for Drug and Alcohol Dependence

Substance abuse practices rank as the number one cause of preventable injuries, illnesses and deaths. According to the University of Utah Health Sciences, an estimated 500,000 deaths result from drug and alcohol use within any given year. This equals out to over one in every four deaths per year.

Drugs and alcohol act as psychoactive agents, which makes them capable of altering brain chemical processes over time. Drug and alcohol dependence can take hold quickly without a person even knowing it.

When left unattended, drug and alcohol dependence morphs into an out-of-control force that takes over a person’s thinking, emotions and will. More often than not, by the time users start to realize the problem, drug and alcohol dependence has made it all the more difficult to stop using. At this point, getting needed treatment help is essential to stopping the drug abuse/addiction cycle in its tracks.

What is Drug and Alcohol Dependence?

According to the National Institute on Drug Abuse, addiction’s effects turn the brain into a diseased chemical environment that comes to depend on drugs and/or alcohol to maintain any semblance of normal functioning. As with any other type of disease, addiction becomes its own self-perpetuating cycle, driving users to center their habits and behaviors around getting and using drugs. Likewise, the disease aspect of addiction leaves users susceptible to relapse episodes long after they’ve stopped using. 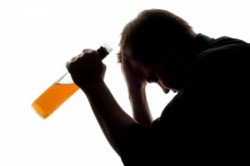 Long-term drug and alcohol dependence can alter the brain’s chemical make up.

The physical effects of drug and alcohol dependence develop out of the way these substances interact with chemical-producing brain cells. Certain groups of cells in the brain produce the neurotransmitter chemicals responsible for transmitting information to the different areas of the brain. Consequently, a delicate balance of chemicals must exist at all times in order for the brain to function as normal.

With continued drug and alcohol use, the brain’s chemical make-up skews further and further out of balance. In the process, users experience ongoing tolerance level increases and withdrawal episodes.

Tolerance level increases mark the first sign of a developing drug and alcohol dependence. In general, psychoactive substances work by activating brain cell receptor sites, which triggers the release of large amounts of neurotransmitter chemicals. Over time, these interactions place a considerable strain on cell receptor sites causing damage to the cells.

Structural damage to cell sites weakens their ability to produce neurotransmitter supplies and also makes them less responsive to drug and alcohol effects. When this happens, users have to increase dosage or intake amounts in order to experience the drug’s desired effects. At this point, the brain has experienced a tolerance level increase.

The brain’s tolerance levels will continue to rise for as long as person keeps using. In effect, tolerance level increases play a pivotal role in creating drug and alcohol dependence.

As ongoing drug use only works to worsen brain chemical imbalances, the longer a person keeps using the more severe withdrawal symptoms become. Withdrawal episodes also tend to occur on an increasingly frequent basis with continued drug use.

In order to alleviate withdrawal effects, users may well turn to drugs as a means for self-medicating uncomfortable symptoms. In this respect, withdrawal episodes become yet another driving force behind drug and alcohol dependence.

According to Ohio State University, once the brain’s chemical imbalances reach a certain point, the psychological effects of drug and alcohol dependence start to take root. In essence, drug effects can warp a person’s entire psychological make-up, driving behaviors that wouldn’t even be considered in his or her right mind. Before long, users develop an addiction-based mindset, which in turn gives rise to a lifestyle that supports continued drug use.

The addiction mindset develops in response to the effects of drugs on the brain’s reward system. Erratic surges of neurotransmitter chemicals inevitably start to impair the brain’s learning processes, which is a big part of what the brain reward system does.

When left to its own devices, the effects of drug and alcohol dependence will completely alter a person’s belief systems, motivations and daily priorities. At this point, the addiction mindset has taken hold.

Unfortunately, many affected by drug and alcohol dependence don’t realize the seriousness of the problem until their lifestyles become impacted. As substance abuse all but destroys a person’s sense of accountability, compassion and purpose, lifestyle effects can take any number of forms, including:

Like tolerance level increases and withdrawal effects, a person’s circumstances will continue to get worse for as long as he or she keeps using.

Without needed treatment help, a drug and alcohol dependence can quickly spiral out of control leaving a person helpless to do anything about it. Considering the degree of damage drugs and alcohol can cause, the sooner a person seeks help the better.

If you or someone you know is struggling with a substance abuse problem, please feel free to call our helpline at 800-481-6320Who Answers? to speak with one of our drug counselors. The helpline is open 24-hours a day to take your call.