Does Divorce Lead to Substance Abuse?

According to the National Institute on Drug Abuse, “Risk of drug abuse increases greatly during times of transition, such as changing schools, moving, or divorce.” When a person is more likely to abuse drugs, alcohol, and other substances, they are also more likely to become addicted to those substances as well. Substance abuse can be extremely dangerous and cause a volatile situation to become even more damaging to a person, especially the issues that can often surround a divorce.

How Does Divorce Lead to Substance Abuse?

Experiencing a divorce can lead a person to substance abuse for many reasons. As stated previously, the transition involved with a divorce, including finding a new place to live, changing ones legal marital status and the paperwork involved, and a number of other issues, can be incredibly difficult. The stress involved in this transitional phase can be problematic, especially if the individual’s ex-spouse is unreliable. Many different issues associated with the transition of a divorce can cause a person to start overusing dangerous substances.

In many cases, people going through a divorce are likely to have feelings of regret and sadness, and if these are not dealt with properly, these individuals may begin abusing drugs or alcohol to cope with their negative feelings. Counseling can often be necessary after a divorce to prevent people from dealing with their emotions in dangerous or unhealthy ways, but those who do not choose to attend counseling when they need it may fall prey to substance abuse.

Another way in which divorce can lead to substance abuse is based on a person’s feelings that they no longer need to keep their drug or alcohol use in check after their spouse is gone. Many individuals abuse drugs or alcohol less than they would have without their loved one’s suggestions that they stay functional or cut back occasionally, and a divorce can make a person feel that they do not have any reason to limit themselves anymore.

The issue can also affect the children of divorcing parents and even be likely to cause substance abuse in them as well. According to a study from the California State University Northridge, “the rates for” substance abuse were higher among children whose parents were divorced than children whose parents were not. Therefore, divorce can lead to harmful drug or alcohol use in many ways and cause individuals to begin other dangerous activities that are related to these behaviors.

How Does Substance Abuse Affect a Person Going through Divorce? 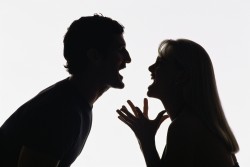 Substance abuse can occur as a resort of divorce.

Substance abuse can only make it harder and more dangerous for someone who is already going through a transitional life change. Divorce can be difficult no matter what, but an individual who is regularly abusing harmful substances is likely to, according to the National Library of Medicine,

This last issue is particularly dangerous because many substances, like alcohol, opioids, and sedatives, can cause slowed breathing that can possibly lead to coma and death if taken in very high doses. Many substance abusers mix drugs and alcohol or more than one type of drug, which only works to intensify this effect. If the person is alone while doing drugs or drinking heavily, they are also less likely to receive the help they need in an overdose situation.

In addition, drinking or doing drugs while alone is also a sign of addiction, another issue that can occur when a person begins abusing substances after a divorce. Addiction causes a person to become completely obsessed with getting and taking more of the drug, often to the point where everything else in their life suffers. If the individual has children, there is a strong likelihood that their ex-spouse will not want them to be able to be around their children if they are severely abusing and/or addicted to dangerous substances, and this kind of behavior can hurt every aspect of a person’s life, even becoming deadly in many cases.

Substance abuse can occur as the result of divorce, and it usually only works to cause more problems for the individual (and their family members). For these reasons, if you or someone you know is beginning to abuse dangerous substances after a divorce, it is important to make sure that individual gets help immediately.

Is the Reverse True: Substance Abuse Leads to Divorce?

Unfortunately, the reverse is also true. Many individuals see their marriages crumble as a result of their substance abuse. When the behavior becomes an addiction for one partner in a marriage, some people attempt to help their spouses, but at a certain point, it can be difficult to continue trying to help someone beat their addiction, especially if they don’t really have a desire to. In addition, “adjustment problems, including increased rates of divorce” are seen in the grown children of parents who abused substances while the children were still living at home (National Center for Biotechnology Research).

Substance abuse and divorce have a strong correlation, and anyone who goes through a difficult transition like a divorce should watch themselves for signs of this behavior. Divorce is not an easy time in a person’s life, and especially because each issue can eventually lead to the other’s occurrence, it is important to be aware of the deep connection they share.

Are You Divorced and Abusing Substances?

If you have been divorced and have noticed your use of dangerous substances has increased, or that you are unable to stop using these substances even though you realize they are causing problems in your life, call 800-481-6320Who Answers? today. We will help you find a rehab center where you can work through the issues of your substance abuse and your divorce safely and effectively so you can begin to live a healthier, happier life.